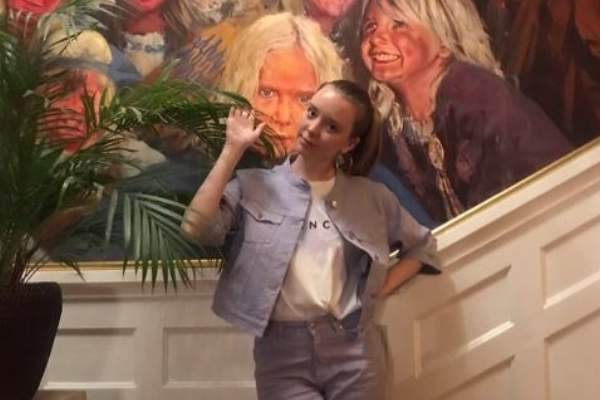 The English music industry will never forget one name, i.e., Rick Astley. Born Richard Paul Astley, he has been active in the music sector for many decades. Having various hits in his musical career, he became an international sensation in the 1980s and is considered one of the most successful singers of his time.

Rick, who has a successful career, is also rich in the sense that he has a loving family. He shares a blissful marital life with Lene Bausager, and together the duo has welcomed a child. Rick Astley’s daughter, Emilie Astley, has grown up, and people are curious to know what she is up to these days. So, we present you this article about her.

Only Child Of Her Parents

Emilie Astley is the lovely child of the popular singer Rick and his wife, Lene. She was born in February 1992, before her parents got married. As an only child, she must have been pampered a lot by her father and mother.

In addition, Emilie Bausager‘s parents met in 1987 when her mom was working in marketing at her dad’s record label in Denmark. It was love at first sight for Emilie’s dad as he fell for her mama instantly. A few weeks later, he got to see her briefly in London, and then a year after that, while he was on tour in Denmark.

Emilie Astley’s father and mom began writing to each other, and when he returned from a Japan tour in the spring of 1989, the couple began their relationship. However, the duo did not rush to get married. Instead, they extended their family by welcoming Emilie. Then, in 2003, the lovebirds tied the knot and, since then, have continued enjoying blissful lives together.

It needs no explanation regarding how a parent goes to an unimaginable extent for their child. Likewise, the singer leaves no exception when it comes to his daughter.

In September 2020, Rick revealed that he drove all the way to Denmark to visit Emilie and Lene as the mother-daughter duo wanted to avoid flying during the coronavirus outbreak. In an interview, he talked about how he thought driving could be safe as there was no connection or communication with anybody in terms of contact. He even stated that Denmark had reacted much better to the outbreak than the UK.

The father and daughter share a lovely bond, and Astley often gets candid about Emilie in his interviews. For instance, Rick Astley’s daughter helped him handle becoming forever connected to a worldwide prank, i.e., Rickrolling. She was in her mid-teens when they had good talks about it, and she made him think from a different perspective.

Rick also discussed that it hurt him for some time until his little girl “set him straight.” Now, he is at peace with the viral phenomena. After 1993, he retired in order to spend time with his family. The time away from the spotlight helped Emilie’s dad rediscover his love for music and spend more time with her and her mom.

Rick Astley’s Daughter Is An Artist

Rick is one of those people involved in the music industry whose name can never be forgotten. Many might think Rick Astley’s baby girl has followed in his footsteps. However, that is not the case.

Emilie is an artist and landscape architect based in Copenhagen and London. She went to the Royal Danish Academy of Fine Arts and graduated in June 2019. There, she discovered that she would prefer to combine her knowledge from the world of art with a career in horticulture. Thus, she supplemented her art education with a course in garden design at the English Garden School in the Chelsea Physic Garden.

The designs of Lene Bausager’s daughter are inspired by Scandinavian sensitivity toward nature mixed with eclectic aesthetics and sustainability. She has worked in England and Denmark as an independent garden architect and has designed garden spaces for small balconies and large gardens. She has shown her works in Den Frie, SOL, SKAL, NADA, OK Corral, and Loggia Loggia.

Lagune Ouest currently represents Ms. Astley. She designed gardens at Cph Garden in 2019 and The Royal Horticulture Society Flower Show in Tatton park in 2021. In the latter, she won a silver medal and the Audience’s Favorite award. Besides, she even makes flower installations and works with her art and ceramics, which are featured on her Instagram, Facebook, and website.

Who Is She Dating?

The love story of Emilie’s parents is beautiful and a source of inspiration to many. Just like their ever-lasting love, many people are curious if Rick Astley’s daughter has found someone.

In an interview, Emilie revealed that she has a boyfriend who has gifted her a gold chunky chain necklace but did not reveal his name. Likewise, she has shared a few pictures with a guy and once posted a photo of kissing him. So, could it be that guy is Emilie Bausager’s boyfriend?

Well, let’s hope Emilie will clear things out soon. We hope she will have a successful career as a garden architect and continue making her parents proud. We wish her light and love in the days to come.

A girl’s name, Emilie has a Latin origin and is derived from the word aemelus, meaning “rival.”