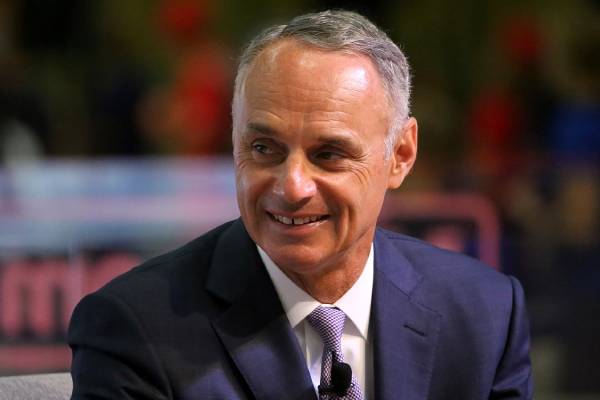 Many baseball fans might recognize Rob Manfred, born Robert D. Manfred Jr., as the Commissioner of MLB (Major League Baseball). He is the person who is currently making tough decisions regarding the league and its activities. Before baseball, Rob was a lawyer and business executive.

Because of his job, Rob has managed to gain supporters as well as haters among the baseball fans. Nonetheless, all of them are interested in what his personal life looks like and who are his family members. Therefore, today we will look into the lives of Rob Manfred’s children, Megan Manfred, and Michael Manfred.

Michael Manfred and Megan Manfred are among the four children of MLB Commissioner Rob Manfred and his wife, Colleen Manfred. The Manfred siblings’ parents are college sweethearts and have been married for decades. The duo first met at Le Moyne College and started dating a while later.

Well, Michael and Megan’s mom and dad have been married since 1982. The couple welcomed four kids together who have gone on to find a name for themselves. Besides Megan and Michael, Rob and Colleen Manfred are parents to Jane Elizabeth Manfred and Mary Clare Manfred.

Rob Manfred’s children undoubtedly had a lovely time growing up. Both Rob and his wife, Colleen are very private people and raised their kids away from the spotlight. Nonetheless, the family is one of the most talked-about families in the baseball world.

Megan Manfred Is A Law Graduate

Megan followed in her dad’s footsteps into law and now works as the head of commercial legal for Via. Previously she served as an associate counsel and senior counsel in the organization. Rob Manfred’s daughter has worked for several other organizations, including New York Yankees, Oliver Wyman, and the US Attorney’s Office.

It is clear that Megan has found success in her career in the law industry. Let’s hope she continues to climb the ladder rises to the top.

While Megan gained a law degree like their dad, Michael Manfred seems to have inherited Rob’s business mind. Michael, also referred to as Mike Manfred, attended Wake Forest University and has a BS in Finance. Mike has also served at various organizations in different positions like his sister.

Then in November 2020, Michael Manfred joined CBAM, an alternative investment firm. He was hired as Managing Director and Head of Capital Markets for the firm. Mike oversees the company’s relationships with various banks and financial sponsors, among other things.

It is evident that Rob Manfred’s only son is doing well in his career and undoubtedly earns a good income. While Michael Manfred’s net worth might not be able to top his father’s $30 million fortune, he unquestionably makes a substantial sum from his corporate job.

Both Of Rob Manfred’s Children Are Married

Aforementioned, Michael and Megan are both highly successful in their professional career. Well, their personal life is also no different. Both of them have already found the love of their lives and are happily married.

Rob Manfred’s son married Ashley Allen in June 2013 and is enjoying a blissful marital life. Ashley, who now goes by Ashley Manfred, was a kindergarten teacher but now is an interior designer. Michael Manfred’s wife is well known in the New York area for her works.

Well, keeping up with the family’s professional success, at the time of their marriage, Megan Manfred’s husband served as an associate vice president for client services at Marketing Evolution. He has since left the company and founded his own business, Cartful Solutions.

Do Michael And Megan Have Children?

Both Mike and Megan have been married to their respective partners for almost a decade now. But it is unclear if either of the couples has welcomed any children together. Well, there is a registry on the site buybuyBABY, set by Megan Manfred and Tim Petrella, but whether this truly is the MLB Commisner’s daughter and son-in-law is unconfirmed.

Nonetheless, Rob and his wife, Colleen have already been blessed with grandchildren. Mike and Megan’s sister, Jane Manfred, has welcomed two lovely kids, George Quagliano and Quinn Quagliano, with her husband, Michael Quagliano. Their other sibling, Mary Clare is also a married woman, having tied the knot in 2021 with Charles Murphy.

Well, all of the Manfred siblings are incredibly secretive about their lives. Their social media handles are also private, therefore any details about their personal life are under many layers of secrecy.

Nonetheless, we hope to learn more about all of Rob Manfred’s children in the coming days.