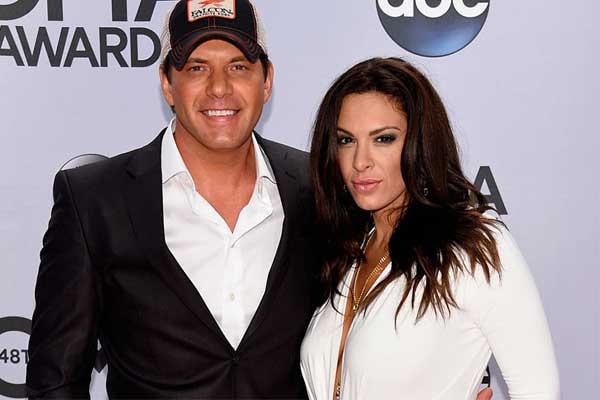 How many kids does our favorite country singer Rodney Allan Atkins have? Well, to simply answer that question, to date, he has fathered three sons from two different women. He was previously married to Tammy Jo McDonald from 1998 to 2012 and fathered his first son Elijah Atkins on September 28, 2001.

After separating from his first wife, he tied his knot with Rose Falcon on the 10th of November 2013. Together, the pair share two lovely and gorgeous sons, Ryder Falcon Atkins, and Scout Falcon Atkins. Rodney Atkins’ son Ryder was born on December 14, 2017, while Scout was born on August 26, 2019. That said, let’s get to know a little something about Rodney Atkins’ children.

Though things between the father and son duo had not been a ride to the moon, things, seem to have settled down between the duo now. We are talking about the time when Rodney allegedly attempted to murder his first wife, Tammy, while his son stood watching.

Moving on, it might have been a horrible thing for a child to watch, but it seems like they have moved on. Now from the picture Rodney uploads, we can see how much of a great bond the father-son duo shares. It seems like they adore one another’s company.

In addition to that, Elijah also shares a lovely relationship with his step-mother and two younger brothers. Rodney, along with his three sons, can be spotted at the games and at the restaurant enjoying some quality time together. Plus, Elijah can also be seen celebrating festivals, holidays, and birthday parties with his father and brothers. He seems to love looking after his brother and adore spending time with them as he must ‘coz he is the eldest after all.

Rodney Atkins’ son Ryder Falcon Atkins looks so adorable playing his father’s guitar that fans have started calling him the mini Rodney. We must say he surely has proven the phrase “like father like son.” And we have to wait a couple of years to see him perform with his father and oh boy fans are anxious to see the father-son duo perform.

In addition to that, little Ryder loves spending time with his elder half-sibling, Elijah. He was the one who taught Ryder how to swim, plus, he also never misses any of Ryder’s birthdays. We can see their brotherly bond getting strong day after day.

Moving on to Scout, he is the youngest member of the Atkins family. And you bet everyone fell in love with him the moment they saw him. Especially Ryder, he simply adores spending time with his little brother. The pictures uploaded by Rodney are proof that the brothers share a strong bond.

Hence to conclude, we do like to say that Rodney’s got a beautiful family and a bright future ahead of him. So, we would like to wish him the best of luck for the upcoming days and may god bring happiness to his family for the end of time.