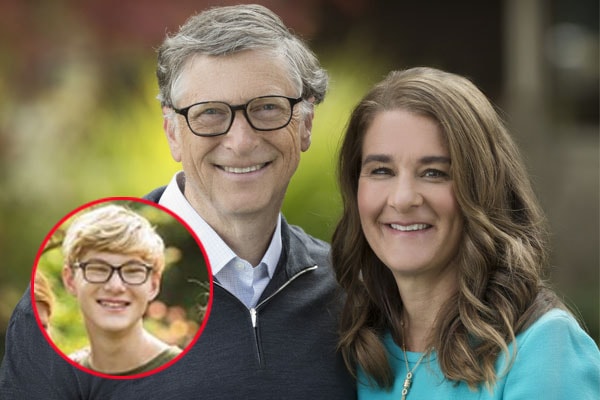 Bill Gates and Melinda Gates tied the knot on January 1994. The couple is happily living with their three children in Medina, Washington.

Rory John Gates: The only Son Of The World’s Richest Man Bill Gates

The world’s richest man Bill Gates’ son Rory John Gates is not on the highlight as his father. But from the limited pictures that we can find up on the internet, he looks just like his dad Bill Gates. Unlike his father Bill Gates who is one of the famous personalities in the world, Rory John Gates is not on the spotlight. It seems like he likes to live a normal life away from media and cameras.

Anyway, Rory’s mother Melinda Gates shared a post on her Instagram on his eighteenth birthday saying he is compassionate and curious. She also shared that he is a feminist. Well, Melinda has brought up a social activist in the Gates family.

While Bill Gates’ son Rory is still living a secret life, his two sisters Jennifer Katherine and Phoebe Adele are comfortable sharing their lifestyle with the public. The two sisters are active on their social media and they don’t hesitate to share whatever they do. His elder sister Jennifer is also open about her relationship with boyfriend Nayel Nassar. Although Rory has an Instagram account, he has kept it private. We guess he believes in personal space and does not want to be the center of attention.

The private life of Bill Gates’ son Rory John Gates has left the public with so many questions lingering in their minds about him. Maybe he will make a public appearance sometime in the future. We guess Rory is the heir of the Microsoft; the company, his father, started off at the ground level and made it an empire. But no one knows for sure whether Rory will hold the title of his father or chooses to go on his own pathway.

Rory John Gates’ Parents Are Getting A Divorce

After twenty-seven years of marriage and three children, Bill Gates and Melinda Gates announced that they are getting a divorce. Furthermore, according to CNN, Melinda filed for divorce in King County, asking the judge to dissolve their marriage based on the couple’s separation contract.

On the other hand, Bill Gates released a statement via his Twitter about their amicable decision to end their marriage. Bill and Melinda started their philanthropic organization, the Bill and Melinda Gates Foundation.

Hence, in the released statement, Bill assured that he and his estranged wife would continue to work together at the foundation but does not believe that they can grow as a couple together.

Addressed as one of the richest men in the world with a whopping net worth of $137 million as of February 2021, Melinda might garner a handsome sum after their divorce.