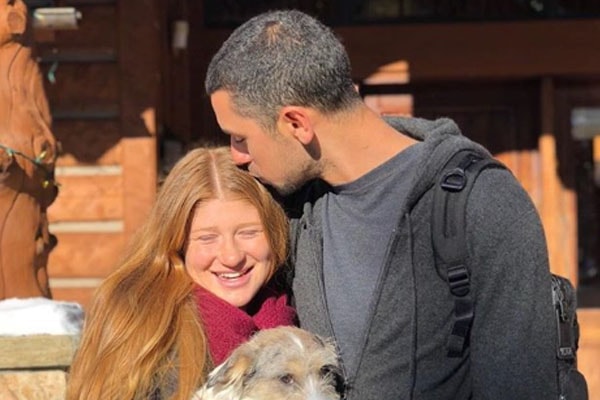 Nayel Nassar is the lucky guy dating Bill Gates‘ daughter, Jennifer Katharine Gates. To date the daughter of one of the richest guys in the world, Nayel must have some good qualities. Nayel Nassar and Katharine Gates have been dating for quite some time now. But only in July of 2017, the French Le Parisien‘s published article confirmed the relationship between Nayel and Katharine.

Nayel Nasser might not have been a celebrity, but after dating Jennifer Katharine Gates, Bill Gates’ daughter, he suddenly is the talk of the town.

Going through Katharine’s Instagram, it seems like Jennifer Gates and Nayel Nasser have been dating since the 15th of January, 2017. She wished Nayel for their first official dating anniversary on her Instagram post with a lovely photo of kissing her boyfriend.

While studying at Stanford, Katharine Gates, and her boyfriend Nayel participated in equestrian sports events. An adorable couple of Nayel Nassar and Katharine Gates go on romantic dates. They tend to spend quality time together as much as they can.

Equestrian Nayel Nassar and his girlfriend Katharine went to Kuwait for a short trip after celebrating Katharine Gates’ birthday together.

Since both Katharine and Nayel are a top-notch equestrian, we can say that they have a stable relationship (Pun Intended). We wish Katharine Gates and her other half, Nayel, a very romantic love life.

Both Of Them Are Now Engaged Couple

The cute couple, Jennifer Katherine and Nayel Nassar took their loving relationship to the next step and got engaged in Jan 2020. She announced the news via Instagram and shared a photo of her and her now-fiancé, Nayel Nassar.

She captioned the photo saying,

“Nayel Nassar, you are one of a kind. Absolutely swept me off my feet this past weekend, surprising me in the most meaningful location over one of our many shared passions. I can’t wait to spend the rest of our lives learning, growing, laughing and loving together. Yes a million times over. 💍
AHHH!!!”

Bill Gates is more than happy for his daughter. The two love birds are so excited to get married soon. Along with that, the mass of people must be waiting to see Bill Gates’ daughter’s wedding for sure.

While Jennifer is planning to start a new life with her fiance, Nayel Nasser, soon, her dad, Bill Gates, recently announced that he is ending his relationship with his wife of 27 years, Melinda Gates. While announcing their divorce in a joint statement, both Bill and Melinda said that they will continue working together at their foundation, Bill and Melinda Gates Foundation but won’t remain a couple anymore. We hope their divorce does not affect their sweet daughter’s love life.

Nayel Nasser Is A Celebrated Equestrian

Before dating the daughter of one of the wealthiest people in the world, Nayel Nasser is a well-celebrated equestrian and a millionaire himself. In 2013 at HITS Saugerties in New York, Nayel won the Zoetis $1 Million Grand Prix.