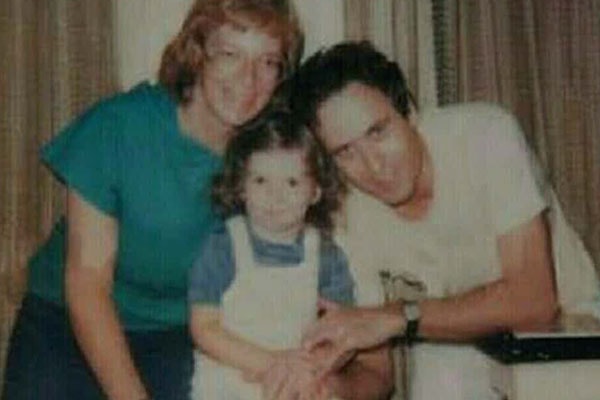 The American Serial killer, Ted Bundy’s daughter Rose Bundy was born on October 24, 1981. Rose is the only child of Ted whom he had with his ex-wife Carole Ann Boone. Rose’s parents first met at the Washington State Department of Emergency Services, according to the book, The Only Living Witness: The True Story of Serial Sex Killer Ted Bundy.

Carole was known to be a keen admirer of Ted Bundy. It didn’t take much time for her to fall in love with Ted. The couple exchanged marriage vows before county jurors.  While Ted Bundy was in prison, Carole Ann gave birth to their child Rose Bundy.

However, Ted and Carole’s marriage came to an end after they divorced each other in 1986. Well, people are not to so familiar with Ted Bundy’s daughter as they know him. So, keep up with the article to find out more about Rose Bundy.

The only daughter of Ted Bundy and his ex-wife Carol Boone, Rose Bundy, couldn’t spend quality time with him. It’s believed that the rapist was at the end of death row in prison when Carol Boone conceived the child. Since he was imprisoned, there is no way Rose could meet him often.

In 1986, Rose’s parents divorced each other. Then, Rose with her mother left Florida for Washington. On January 24, 1989, Ted Bundy was executed after three years of their divorce. Before his death, Ted gave his ex-wife a final phone call, but she denied to answer. Sources claimed that Rose’s mom was very devastated by Bundy’s death row confessions to his murders.

It’s also said that Rose was never allowed to contact her dad before his execution. It was most probably tough for Rose to see her dad behind bars. It’s also vague how much Rose knew about her father when she was a child. After all, it’s pretty hard for a mother to explain to her child that her dad was a serial killer who was about to pay a visit to the electric chair.

Rose certainly never knew her dad outside of prison because he was never on the outside during her lifetime. In fact, she may not have known about him at all until she was a grown-up. Moreover, she may not have ever had any contact with her dad since her mother reportedly didn’t visit him in prison in the last few years before his death.

Ted Bundy Was Worried About His Daughter, Rose Bundy

The prisoner had mentioned his daughter Rose Bundy during one of his talks. He had stated that he feared somewhere in Rose’s life she would meet a Ted Bundy. Even though Ted was considered evil, he had a soft heart for his kid Rose. He didn’t want his daughter to meet someone like him.

Before Ted Bundy’s death sentence, he recalled his past life and his family. In his last interview, he revealed his life secret. Ted opened up that he was once a normal person. A movie titled ‘Extremely Wicked, Shocking Evil And Vile’ based on Ted Bundy’s ex-girlfriend Elizabeth Kloepfer’s perspective was released in 2019.

We know that every father is protective of their young ones. So, at some point, Ted Bundy perhaps was very concerned about his daughter and didn’t want her to be with a man someone like him.

Ted Bundy’s Daughter, Rose Bundy, And His Ex-Wife Have No Whereabouts

After Ted Bundy’s death, it put great stress upon Carol Boone and her baby. It was known that before he died, Carole had already divorced him. Till now, their identity and whereabouts have not been revealed in public.

It’s very likely that Rose and her mother have changed their names and identities and moved to Oklahoma to be away from all the controversies and scandals. Others say Boone married again, which could mean that Rose probably had a father-figure in her life who wasn’t a mass murderer.

Probably, they don’t want publicity to be linked to a serial killer. However, as of 2017 reports, it is believed that Rose would be about 36 years old and is likely to have children and own family somewhere in the world.

In the movie, we could see Ted with his ex-girlfriend, Kloepfer, and a child, Molly Kendall. But it turns out Elizabeth had her daughter before she met the notorious serial killer. Therefore, Molly is not Rose Bundy’s half-sister.

Both Elizabeth and her daughter, Molly, came out and spoke to the camera for the very first time in decades about Ted Bundy. When asked to Molly about why he spared her life, she said that the relationship Ted Bundy had with her mom put her and her daughter in a different category, and their placement in his life kept them safe.

However, in a memoir published by Kloepfer under Elizabeth Kendall’s pseudonym titled, ‘The Phantom Prince: My Life With Ted Bundy, Ted’s ex-girlfriend mentioned that Ted Bundy tried to kill her while she was sleeping. He closed the chimney flue and put a towel under Kloepfer’s door so that the smoke wouldn’t escape. She, however, survived because she woke up and opened a window for air.

The name Rose was introduced to England at first. Normally, Rose is associated with the word for the flower rose.