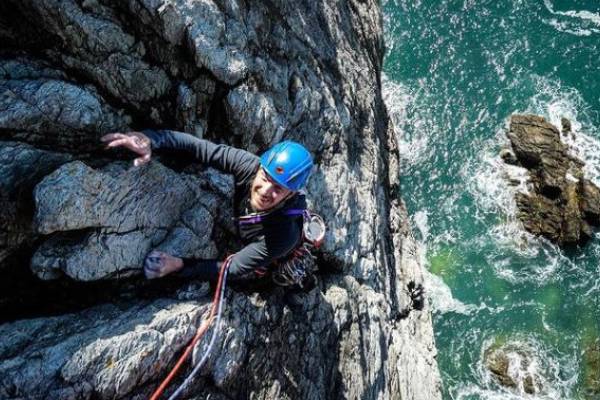 Tim Neill is the son of Sam Neill from his relationship with Lisa Harlow. Image Source: Tim's Instagram.

Nigel John Dermot aka Sam Neill is a beloved actor, producer, and screenwriter from New Zealand. He is most popular for his role as Dr. Alan Grant in the Jurassic Park series. Substantially, Sam began his acting career in 1975 but rose to prominence in 1977 with his movie, Sleeping Dogs. Since then, the actor has been part of numerous Hollywood movies and TV series. He also appeared for 12 episodes on the hit series Peaky Blinders.

Apart from his acting career, Sam has had quite a rocky journey in terms of marriage and children. Neill was in a relationship with actress Lisa Harrow and the love birds welcomed a baby boy. Hence, in this article, let’s get to know about Sam Neill’s son Tim Neill. Is he into acting like his father?

Tim Is The Eldest Child Of Sam

Sam Neill’s son Tim Neill, aka Timmy Neill, was born in 1983 in New South Wales, Australia. He is the eldest child of the Jurassic Park actor from his relationship with Lisa Harrow. The pair were together for quite a long time, from 1980 to 1989, and separated six years after Timmy’s birth.

After separating from his mother, Tim’s father, Sam Neill, married Japanese makeup artist Noriko Watanabe in 1989. Similarly, the couple has a daughter, Elena Neill, together. Tim’s younger half-sister was born in 1991, eight years younger than him.

Unfortunately, his dad and step-mom got divorced in 2017 after almost 30 years together. Currently, Tim Neill’s father is seeing Australian political journalist Laura Tingle.

Tim Is A Mountaineer And Explorer

Sam Neill’s son Tim Neill is not following in his footsteps, instead, Timmy is a climber, mountain guide, and photographer. Looking at his Instagram page, it looks like he loves to travel around and explore new places and mountains. His social media feed is full of climbing and mountaineering pictures.

Furthermore, we can also witness Tim’s photography skills on his Instagram page. He has clicked beautiful landscapes and posted them on his Instagram profile. He has summited a lot of mountains in the American continents and in Australia too. In addition, he is also part of a foundation devoted to mountain climbing.

Similarly, Sam Neill’s son Tim Neill is a member of the Martin Moran Foundation. The organization guides people by teaching them essential skills required to summit mountains. In addition, they want to make the mountaineering experience a fun and memorable one for aspiring climbers.

Has Worked With His Father

Well, Sam Neill’s son Tim Neill is not into acting like his dad. But, he has worked with Sam on many occasions as an electrician and light technician. Timmy has worked in the lights and technical department for some of Hollywood’s biggest movies like The Matrix Reloaded, Guardians of the Galaxy, Justice League, etc.

Nonetheless, Tim has also worked as an additional photographer in a couple of movies such as Made in Dagenham and Molly Moon and the Incredible Book of Hypnotism. Besides working in the film, Timmy has also worked in TV series. For example, he was a unit assistant for the sitcom Mary Bryant in 2005.

Besides his professional life, Tim Neill is married to his long-time girlfriend Lou Neill. It is rumored that the love birds met during one of Tim’s treks and fell for each other in an instance. Nevertheless, we wish Tim and his family all the best for their future.

The word Tim is a short form for Timothy. It is derived from Greek origin and means one who honors God.