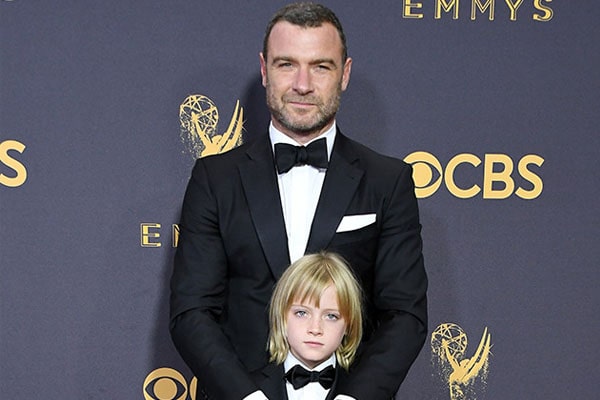 Samuel Kai Schreiber aka Sammy, born a year after his elder brother, Sasha Schreiber is the son of actors, Naomi Watts and Liev Schreiber together. Kai Schreiber was born in the year 2008.

Cute and adorable, Samuel Kai Schreibers’ parents started dating since 2005. However, the former couple amicably broke up in 2016 after 11 years of being in a relationship.

Does Not Hesitate To Attend Celebrity Gatherings And Media Limelight

Sammy and his sibling Sasha do not seem to hesitate and occasionally appear in the movie premieres and annual function along with their parents. Not only that but the two are also spotted by different paparazzi in the cafe and streets and during their usual visits.

Naomi Watts’ son Samuel Kai Schreiber has already stepped his foot forward in the acting field. The young aspiring actor had enacted a young wolf’s voice in the most-awaited 2016 movie, The Jungle Book.

Schreiber’s brother Sasha Schreiber has also acted alongside him in the very movie by portraying the voice of sibling wolf. Not only the brothers got a life-time opportunity to enact together as siblings in the reel life but are also extremely close in real life.

Has A Hobby Of Dancing

Sammy is also popular for sharing a dance routine pattern with his father, Liev Schreiber, the X-men star. The King Kong movie famed star, Naomi together with her ex-partner Liev shared and appreciated their son’s talent via her Instagram handle.

Mentioned as earlier, the experienced actress Naomi shares her two boys together with her ex-partner Liev. The exes got separated back in 2016 after being together since 2005. Although their breakup was a headline for several years, the two are in talking terms and had a mutual separation. Since then, Liev and Naomi have been co-parenting their children and have agreed on joint custody. Furthermore, the actors have committed to ensuring their sole focus on the children.

Yes, everyone might get confused after having a glance at Liev Schreiber’s son Samuel. Sammy usually dresses up as a girl. Just like that, on the occasion of ComicCon, the 8-year-old Kai at the time dressed up as a fan-favorite comic book character, Harley Quinn.

Relating to the same picture, many fans and people commented on Samuel Kai Schreiber’s gender and his preferences. As many parents including Megan Fox, no problem seemed to appear to Naomi and her ex-partner Liev Schreiber regarding the stupid questions raised against their son. No matter what, the parents seem to love their son and be proud through his work rather than unwanted controversies created by the public.

Samuel is a male name of Hebrew origin providing the meaning of “God Heard; or the name of God.“