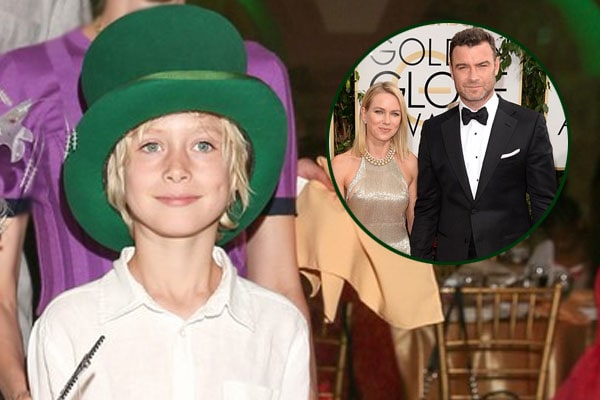 Sasha Schreiber, Naomi Watts‘ son was born on the 14th of April 2007. Naomi had Sasha together with her partner Liev Schreiber.

Moreover, Sasha is not the only child of Naomi Watts. Sasha has a sibling named Samuel Kai Schreiber, born in the year 2008.

Sasha Schreiber already seems interested in the acting field as the young aspiring actor has enacted a young wolf’s voice in 2016’s The Jungle Book movie. Schreiber’s brother Samuel Kai Schreiber aka Sammy has also joined him in the movie by portraying the voice of another sibling wolf in the very movie. The two even do not seem to hesitate and occasionally appear in the movie premieres and annual function along with their parents.

Not only they are brothers in real life but the two got an opportunity to play the role of siblings in reel life too. Sammy is also famous for sharing a dance routine pattern with his father, Liev Schreiber. The X-men star, Liev shared his son’s talent via his ex-wife’s Instagram handle.

As mentioned before, Naomi shares her two boys together with her ex-partner Liev. The exes parted their ways back in 2016 after being together since 2005. Despite their separation, the two are in talking terms and had a mutual break-up. Liev and Naomi have been co-parenting their children since they announced their separation. The ex-pair has agreed on joint-custody, continuing to ensure their sole focus on the children.

Actress Naomi Watts with her son seems to believe and follow the mantra of “Simple Living and High Thinking.” Going through their current profile they seem to prefer simple living standards.

Despite being the legendary face of Hollywood throughout the years, Naomi seems to teach her son, Sasha the importance of life by enjoying a simple lifestyle. In spite of her huge stardom, the actress seems much comfortable to hail the taxi in the cold winter in the busy streets of New York City. The mother and son, Sasha looked much relaxed as they waited by the side of the road.

Much likely, the 12-old-son of Naomi might follow his parents’ footsteps in the coming years. As for now, he is enjoying his school life and learning from his mother to be a better person.

Sasha is a masculine name of Russian origin providing the meaning of “defending women.”