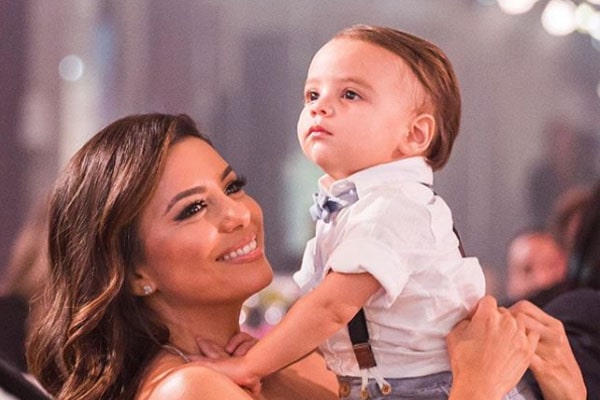 The actress/producer Eva Longoria and her beloved husband, José Bastón, tied their knot back on the 21st of May 2016. She was previously married to Tony Parker and before that to Tyler Christopher. As they say, a person learns from his/her mistake, Eva, after her two unsuccessful marriages finally found the one true love of her life José.

The lovely couple welcomed their first child-son named Santiago Enrique Bastón on June 19, 2018. Like all first-time parents, Eva also believed that she would be a low-key kind of mother, but it didn’t turn out the way she thought. She loves capturing the moment she shares with her little son and regularly posts it on her Instagram page.

Like all parents, Eva and her husband José tend to spend as much time as possible with their little son. Eva says the moments she spends with her little toddler is far more precious than anything in her life right now. The lovely mother loves reading her son some storybooks, taking him to walk, and letting him explore new things all by himself.

Furthermore, little Santiago loves dressing up like a mini version of Dracula and an astronaut from NASA. He is often seen spending time with his god-father, Amaury Nolasco. Amaury is an actor as well as a producer and both love hanging out with one another, especially hugging little Santiago is something Amaury adores.

Has a Hefty Load of Fan Following

Well, it’s no surprise that the star kid is so famous online. Like every star kid, Eva Longoria’s son Santiago Enrique Bastón also has a hefty load of fan following. He has his own Instagram account dedicated to him, where we can find adorable pictures of him with his mother or his pops.

Furthermore, Santiago celebrated his recent birthday with a boom. As his aunts and uncle, along with all the well-wishers, were present on that special occasion. Speaking of Santiago and his mother’s bond, we all know how much she adores her little son. She takes her son to dates where they spend time enjoying each other’s company. Eva loves celebrating her son’s milestone and almost every little thing Santiago does new, she captures it and likes sharing it with her fans. Like the time when he had his first tamales to the point when he barely walked.

Santiago Enrique’s parents Eva and José had somewhats of a fairytale-like love story. They were introduced not once but twice by a common friend. Some fall in love at first sight, but Santiago’s parents fell in love at second sight. Eva says she has no memory of meeting José first time, but the second time was different and they had an immediate spark.

From their second meeting, the lovely pair started dating, and after two years of dating, José finally proposed Eva. At the time, the couple was on vacation in Dubai. Eva shared a picture of the lovely duo kissing where the engagement ring gifted by José, a ruby and diamond ring, was clearly visible.

In addition to that, José has three children, two daughters named Mariana Baston and Natalia Baston, as well as a son named Sebastian Baston from a previous relationship with Natalia Esperon. Eva lives with her husband, little Santiago, and three step-children whom she considers her own.