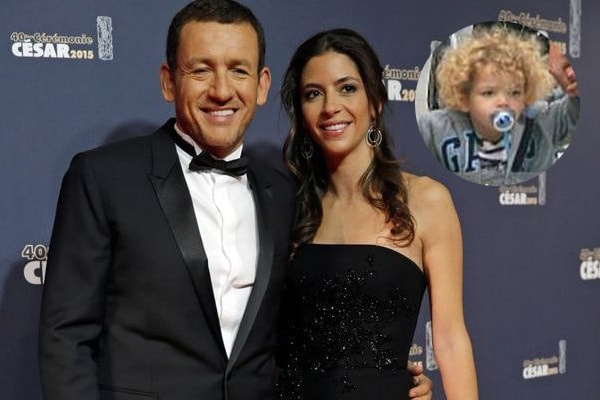 Born on March 1, 2010, Sarah Boon is the daughter of French Comedian and Filmmaker Dany Boon with his wife Yael Harris. Sarah’s father Dany has five children from his three relationships; eldest son Mehdi Boon born in 1997 with his first wife, Noe born on September 4, 1996, with second wife Judit Godreche. Dany had converted to Judaism in 2002 for his third wife Yael with whom he had children, Eytan Boon born on June 23, 2005, Elia Boon born on December 20, 2006, and his only daughter Sarah.

Dany being a proud father of four had a joyous moment with his wife Yael in 2010 when they were blessed with daughter Sarah. The only daughter of Dany and his wife Yael, Sarah is crazy about her father. Sarah was born prematurely two months earlier and on her 6th birthday, Dany took to his Facebook to thank the neonatology service of Chambéry and their nurses.

Sarah was born prematurely two months and weighed only 920 gram when she was born. Dany and his wife Yael were really tensed as a premature birth of a child is always scary. After Sarah’s birth, she continued her growth in the incubator as if she was in her mother’s belly.

Boon unveiled his daughter in her sixth birthday

It was an important moment for Dany and his wife Yael when Sarah blew her six candles. Sarah grew up peacefully alongside her two brothers Eytan and Elia, loved and cherished by her parents. Father Dany posted a sweet photo of his daughter and seized the opportunity to thank the entire medical team and nurses of neonatology service of Chambery who had taken care of Sarah.

Father Dany making aware of The Value of things

While growing up Dany’s family didn’t have much and his parents were very generous. His parents would give his toys and clothes to people who were needy and Dany at the moment couldn’t understand why his father was doing so. After getting the gist of it Dany understood that giving with generosity is actually living better.

The father of five Dany makes his children too wary of the value of things. He shows them that there are no material possessions which are important. Once in a month or in a day of boredom when the kids have no gadgets to plug in then they can think and develop their imagination without finding the necessity of electronic devices.

Dany had moved to London with his family in 2016 for his first American Feature film, The Ambassadors. After the children did not get used to the English life he shifted to Los Angeles as they as the kids had their friends while growing up there for five years.