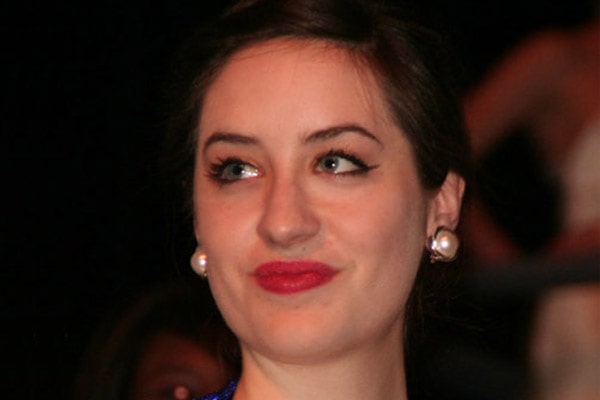 The sideline reporter for ABC Sports and NBA Finals, Doris Burke, was once in a marital relationship with Deputy Director of Athletics, Gregg Burke. The two took the wedding vows in 1989. Gregg and Burke shared an incredible bond as husband and wife for some years. However, they could not keep on with their relationship for long and eventually divorced.

During Gregg and Doris’s togetherness, Doris gave birth to their first child, a daughter, Sarah Burke, in 1992. Soon after the birth of Sarah, they welcomed their son, Matthew Burke, in 1994.

The little princess of Doris Burke, Sarah attended The Catholic University of America, where she completed her Bachelors Of Arts (English) with a GPA of 3.8. After completing undergraduate education, she enrolled in Villanova University School of Law in 2015.  When Sarah was in the second semester, she competed in the 57th Annual Theodore L. Reimel’24 CLAS Moot Court Competition. Sarah won the competition and was awarded the John J. Duffy ’62 Advocacy Cup that year.

Sarah graduated from Villanova University School in 2018, earning a Juris Doctor degree. Currently, she is a professional holder of a doctoral degree in Law.

Sarah Burke’s parents, Doris and Gregg, are in sports for over a decade. As mentioned earlier, her mom, Doris, is a sports analyst and commentator. Similarly, Sarah’s dad, Gregg, is the head coach at the University of Rhode Island. However, Sarah chose a field other than sports as her career.

Currently, Doris Burke’s daughter, Sarah, is a certified Judicial Law Clerk based in the Greater Philadelphia Area. She is working under the Honorable Gary S. Glazer in Philadelphia Commerce Court from September 2018 to the present.

According to the Linkedin profile of Sarah Burke, she did a judicial intern at the Philadelphia Court of Common Pleas for five months during her sophomore year.  Likewise, Burke worked as a Law Clerk at Post & Post, LLC, Berwyn, from March 2017 to September 2017.

Furthermore, she also served as a Student Attorney at Farmworker’s Legal Aid Clinic from August 2017 to May 2018 before being a Judicial Law Clerk to Mr. Glazer.  She assisted the judge in various legal works such as determining motions, conducting legal research, and preparing a judicial opinion.

In addition, Doris Burke’s daughter has also experience performing as an actress. She was in the opening scenes of the hit TV show ‘Castle’ in 2011. Sarah has also performed in many other unrecorded dramas and short movies too during her high school days.

The beautiful daughter of Doris Burke, Sarah, is not single. The gorgeous beauty is in a relationship with John Mickles since the end of 2015.

Sarah met her love, John Mickles, in 2015 at her alma mater, Villanova Law School, during her first semester. After some months, Mickles asked Burke to the movies. Since then, the two became closer and eventually started dating. According to some sources, the first date they went to was the Philadelphia Art Museum.

After being in a romantic relationship for a couple of years, John proposed Sarah on a weekend trip to Rhode Island with an engagement ring in August 2019.

Sarah and her soon to be husband John’s marriage ceremony will be held at The Downtown Club, Philadelphia, PA, on 6 June 2021. Along with Sarah’s close friends as a bridesmaid, her brother, Matthew, will be her Bridesman.

The forefront sideline reporter for ESPN’s NBA playoff games, Doris Burke, tested positive for the coronavirus. Burke announced the news on an episode of ESPN’s The Woj Pod with Adrian Wojnarowski.

According to Sarah’s mom, Doris, she felt her symptom on 11 March, while working at the Denver Nuggets-Dallas Mavericks game for ESPN. She felt tired, along with an intense headache during her lunch with the broadcast crew.

Doris further said in The Woj Pod that her fatigue was so bad that she could not get out of her bed for more than five minutes from 14 to 17 March. However, Sarah’s mom is entirely symptom-free now. After recovering from the COVID-19, Burke wants people to social distance, practice handwashing, and follow whatever the trusted medical professionals tell them.