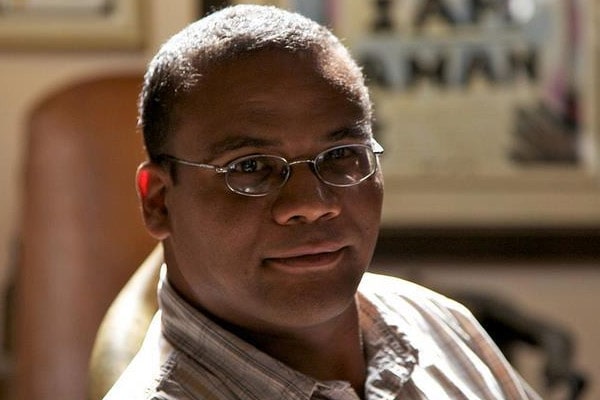 Satie Gossett is the son of the American actor Louis Gossett Jr. with his ex-wife Christina Mangosing. His father, Louis, is better known for his role as Gunnery Sergent Emil Foley in the 1982 movie An Officer and a Gentleman. His role in that film won him an Academy Award. Also, Satie’s father, Louis, is the Emmy Award winner for his role as Fiddler in the 1977 ABC T.V. miniseries Roots.

Louis Gossett Jr.’s son, Satie, is also following his footsteps in the American Entertainment Industry. Keep reading to learn more about Louis’s talented son and be familiar with his various professional and personal achievements.

Satie’s dad, Louis Jr., wed three times. HIs first wife is Hattie Glascoe, which got invalid. Then, Louis Jr. married Christina Mangosing on 21 August 1973, which ended with a divorce in 1975. And his last marriage was to Star Search champion Cyndi James-Reese from 1987 to 1992.

Louis Gossett did not have any kids from his first and third marriages. However, he had one son, Satie Gossett, from his second marriage. Christina gave birth to Louis Gossett Jr.’s son, Satie, in 1974.

Satie completed his high school from Santa Monica High School, Santa Monica, CA, in 1992. Similarly, he also studied at the Phillips Academy for a year in 1993. Furthermore, the eldest child of Louis, Satie, graduated from Syracuse University’s Newhouse School of Public Communications in 1997 with a bachelor’s degree in communications and a minor in film studies

According to the Linkedin profile of Satie Gossett, he worked in the CBS Television Distribution team for two years from 1997 to 1999. Then, to boost his film production knowledge, he served as an intern and a superstar screenwriter in the Writers Boot Camp from 2004 to 2005.

Furthermore, Satie also worked as an assistant in the Logo Entertainment for a year in 2007. After 2007, he began serving in the Goose Egg Productions as a producer and a writer and is continuing his job there to date. Moreover, Satie is producing and assisting Wrapped Productions in receiving financing for a documentary about Negro League Baseball entitled “The Untold Truth.”

Storyteller and an image builder, Satie Gossett’s film direction and production, go to various award-winning short movies, including Jewtholic, Departure, and Forgiveness. His father, Louis Jr., narrated one of his best-known projects, Jewtholic.

Currently, Satie teaches video production at LAUSD Arts Education Branch and Maya Angelou Community High School. Besides, the Los Angeles based filmmaker, Satie, is a team member of the Social Cinema Foundation. The foundation’s mission is to advocate and mentor young creators via the articulations of socially conscious films and media globally.

As mentioned earlier, Satie’s father, Louis Jr., did not have any offsprings from his first and third wife. Satie is the only biological son of Louis Jr., whom he had with his second spouse Christina Mangosing. After not having any kids with the third wife, Louis adopted a son, Sharron Gossett, in 1989. When Satie’s dad took Sharron’s custody, he was a winsome nine-year-old boy with the last name Anthony.

At present, Sharron is a family man with a loving wife and beautiful children. He walked down the aisle with his love Deanna Gossett in August 2009.

Going through the Facebook profile of Louis Gossett Jr.’s son, Satie Gossett, he seems to be a married man. Moreover, Satie looks like he is a father to three gorgeous children with his beloved wife.

Although Satie has not revealed his wife’s and kids’ details, he often posts their pictures on his social networking handles. His photos with his beautiful wife and three youngsters clearly show his dedication and love for his family.

The name Satie is given after the French composer Erik Satie, famous for his experimentalism and rejection of Romanticism.