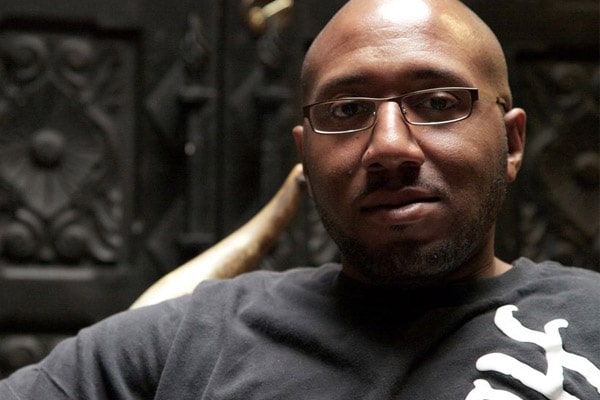 Louis Gossett Jr. is one of the celebrated and loved actors on screen, television, and stage. Also, he is an acclaimed producer, writer, and director. The Oscar award winner, Louis is not a hero in on-screen only; he is a hero in real life too. Besides being an award-winning African-American Entertainment personality, Louis is a social activist, educator, and author devoted to promoting people’s lives.

Louis married three times in his lifetime. Moreover, he is a father to two gorgeous sons. And, among the two kids of Louis, Sharron Gossett is his youngest son.

Here, stay with us through this article and learn more about Louis Gossett Jr.’s son, Sharron Gossett.

As mentioned earlier, Emmy Award winner Louis Gossett Jr. wed and divorced thrice. At first, he tied his marital knot with Hattie Glascoe in August 1964, annulled later. Louis’s second marriage was with Christina Mangosing on 21 August 1973. They have a son, Satie Gossett, who was born in 1974 before they separated officially in 1975.

After two unsuccessful marriages, Louis took the wedding vows for the third time with Cyndi James Gossett on 25 December 1987. After a long time of staying in a marital relationship, the two did not have any child. As a result, Louis and Cyndi adopted a son, Sharron Gossett, in 1989. After three years of his adoption, his parents divorced in 1992, citing irreconcilable differences.

Sharron’s father, Louis, met him with his biological mother in the street. At first, Louis planned to provide Sharron with monetary support for his food and clothing. However, he turned out to ask Sharron’s mother for his physical and legal custody, which he got in 1989.

There are no details regarding Sharron’s education and other similar facts available for the public right now. But we know that currently, he is a Los Angeles based chef who gives cooking lessons too. Sharron works in a restaurant named The Private Chef’s Table in Westlawn Avenues, Los Angeles.

His Brother Is A Film-maker

Sharron Gossett’s brother, Satie Gossett, is also a popular figure of the American Entertainment Industry like their celebrity dad. He is a Los Angeles based director, writer, and producer. Satie worked as a producer and director for numerous short movies, including Departure, Jewtholic, and Forgiveness.

In A Marital Relationship Since 2009

The privacy-concerned son of Louis Gossett Jr., Sharron, is a married man. He took the wedding vows with Deanna April Gossett on 10 August 2009 in Sherman Oaks, California. The close friends and family members of Sharron and Deanna attended their Japanese Inspired Wedding.

Sharron was in a dark-colored suit and maroon shirt while his bride, Dianna, walked down the aisle in a long white wedding gown.

The happy couple is parents to two sons who often appear in the red carpet with their grandpa, Louis.

The youngest son of Louis Jr., Sharron, seems to be a very secretive person. He does not show up much before the media. It looks like Sharron does not want any unnecessary attention from the press, affecting his private life.

Moreover, Sharron does not have any social media accounts registered in his name. Also, his family members rarely share photos of him.

The name Sharron originated from Hebrew, which means Sharon’s land (the holy ground).