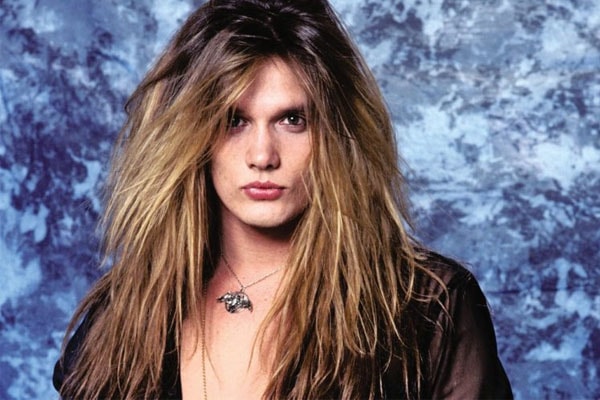 Sebastian Bach is the proud father of his three children. He had all his three kids together with his former wife Maria Aquinar. Sebastian Bach’s children include two sons named Paris Bierk, and London Bierk; and a daughter named Sebastiana Bierk.

The former couple, Sebastian and Maria got married back in 1992. Unfortunately, things didn’t go well and the exes amicably got divorced in 2010. Currently, Sebastian Bach’s wife is Suzanne Le. The adorable couple exchanged their wedding vows in August of 2015.

Now let us meet all of Sebastian Bach’s kids and get to know more about them.

Paris Bierk Is The Eldest In His Family

Sebastian Bach’s son Paris Bierk is the firstborn child of the musician. Obviously, Paris lives a low key life away from the media limelight. However, he is sometimes seen attending the annual functions and awards show along with his parents.

Paris is also an elder brother to his sibling, London Bierk. Unfortunately, no information regarding Sebastian Bach’s son London has been disclosed out in the media.

Sebastiana Bierk Is The Only Daughter Of Her Parents

Sebastian Bach’s daughter Sebastiana is the youngest in her family. The cutest child was once seen during her father’s book launch. The adorable father and daughter duo looked really mesmerizing together.

Not only that but, the beautiful Sebastiana also had attended the Fox interview along with her father. The lovely child shared most of her hobbies and likes to the media including her love for cats and kittens.

However, Sebastiana, Paris, and London are not the only kids of the famous singer, Sebastian. He also has two stepchildren from his second wife, Suzanne. Unfortunately, he has not yet revealed any information including names regarding his two stepsons.

Best Thanksgiving ever having all the kids together! #oldhomesteadsteakhouse #nyc pic.twitter.com/3K1VzPoU8Q

Nevertheless, Sebastian’s wife Suzanne loves all of her five children as her own.

Paris Bierk: Paris is a universal name of multiple origins. According to Greek mythology, Paris was the name of the beautiful and young prince of Troy. Also, the name represents the capital city of France.

London Bierk: London represents the capital city of England. Plus the name also has the meaning of “something like a place at the unfordable or navigable river.”

Sebastiana Bierk: Sebastiana is the feminine given name of Greek, Latin origin. It provides the meaning of “person from the ancient city of Sebastia.”