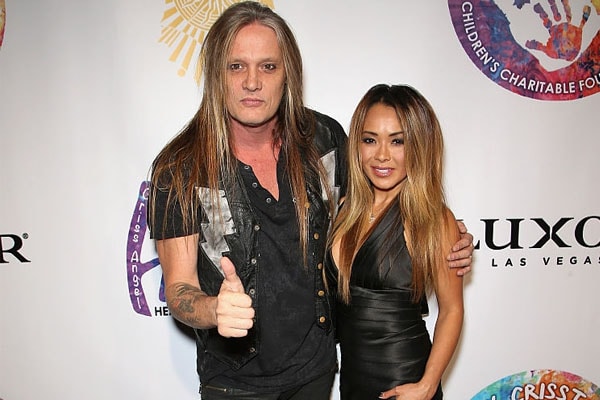 Sebastian Bach and his wife Suzanne Le exchanged their wedding vows in August of 2015. The adorable pair doesn’t share any children together as of 2019.

Beautiful Suzanne’s husband Sebastian was previously married to Maria Aquinar. The former couple got married back in 1992 and got divorced in 2010. The exes also share three children together. It includes two sons named Paris Bierk, and London Bierk; and a daughter named Sebastiana Bierk.

It is quite obvious that Sebastian Bach’s wife Suzanne Le loves her family and gives them the first priority. Besides being the wife of a famous artist, she is also the mother of five children.

Sebastian Bach’s wife has two sons of her own and the other three are from her husband’s previous marriage with Maria Aquinar. And Suzanne loves all of her kids as her own

Best Thanksgiving ever having all the kids together! #oldhomesteadsteakhouse #nyc pic.twitter.com/3K1VzPoU8Q

Not only that but, Suzanne also is a huge animal lover. She has many pet dogs of her own including Cockapoo and Ziggy.

As all of we know celebrity wedding doesn’t come with the cheap price. However, the matter turned down when one of the famous singers and artists of all time Sebastian Bach priced his wedding among his fellow loyal fans. The lovely couple also had to face some criticism for such a bold act. The Vice had it all covered on their website.