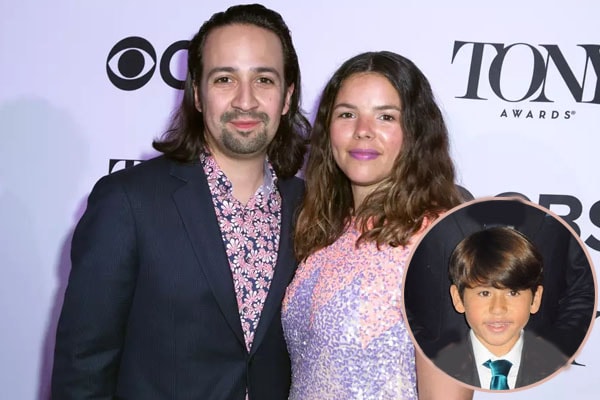 The cute Sebastian is the eldest among two children of Lin-Manel Miranda. Sebastian has got a younger brother named Francisco Miranda. As Sebastian Miranda is the first child of both Lin-Manuel and Vanessa, they were pretty excited to welcome their son to the world. Lin -Manuel wasted no time to announce the birth of his on his Twitter account.

[The screams reach a frenzied pitch. SEBASTIAN MIRANDA enters. He is 7 pounds 10 ounces.]

End Of Act One. pic.twitter.com/qy2VUomSeB

During an interview with the late night show TV host Jimmy Fallon, Lin-Manuel Miranda revealed that his son Sebastian Miranda was a harsh critic. He further added that Sebastian doesn’t even like Hamilton.

There’s a great bond between Lin Manuel and his son Sebastian. Whenever Lin plays some of his stuff, Sebastian clearly states whether or not he likes the song. But at one time when Lin played “Almost Like Praying,” his son stood up and started screaming “I am Puerto Lico” as he still didn’t know to pronounce all the alphabets.

Like many other celebrity parents, Lin-Manuel Miranda also tends on keeping his son hidden away from the spotlight. Whenever Lin-Manuel uploads a photo of his son on his Twitter account, he makes sure to keep his face hidden.

Though on some rare occasions, Sebastian Miranda attends events and programs with his father Lin-Manuel Miranda.

The name Sebastian has a Latin origin which means revered and venerable.