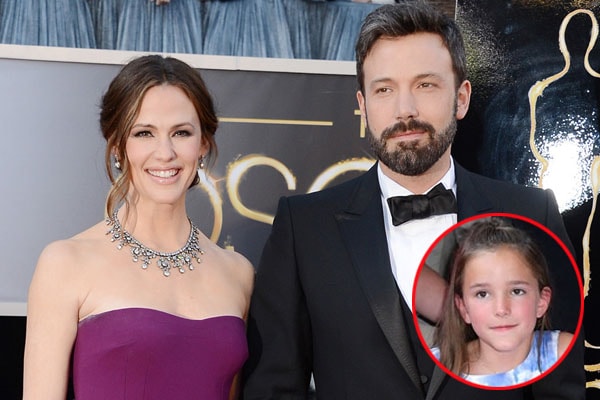 Seraphina Rose has one older sister named Violet Affleck and one younger brother Samuel Garner Affleck. The parents of three Ben and Jennifer are no longer together as they were legally divorced in 2017.

We can clearly see that Ben Affleck’s daughter Violet is the mini version of his ex-wife Jennifer Garner. While his youngest daughter Seraphina Rose Elizabeth Affleck shares his good looks. Seraphina Rose is also a one-time nominee of Teen Choice Award for Choice Celebrity Baby.

Although the ten years of the relationship between Ben and Jennifer came to an end, they are co-parenting their kids in the best way possible. It seems like their youngest daughter Seraphina loves hanging out with her dad Ben. We see that she is a daddy’s girl. Once in a while, they can be spotted together spending quality time.

The adorable Seraphina is the sassiest among her siblings. She is quite straight forward when it comes to throwing comments on her mother’s parenting. Well, this ten years old wants to be a fun-killing mom just like Jennifer when she grows up. See for yourself what Jennifer shared on her Instagram!

The Daredevil co-stars Ben and Jennifer don’t like to bring their kids out into the spotlight. The ex-couple is pretty secretive when it comes to their children’s life. However, Jennifer attended the ceremony honoring her with a star on the Hollywood Walk Of Fame with all of her children in  August 2018. Well, that was an exceptional case as it was the greatest moment of her life and she could not have missed her children to be the part of it.

Seraphina is a feminine form of Hebrew originated word seraphim which means fiery ones. Similarly, Rose is the name of a fragrant flower. Lastly, Elizabeth a name for a girl which has a Greek origin. It means the oath of God or God is satisfaction.