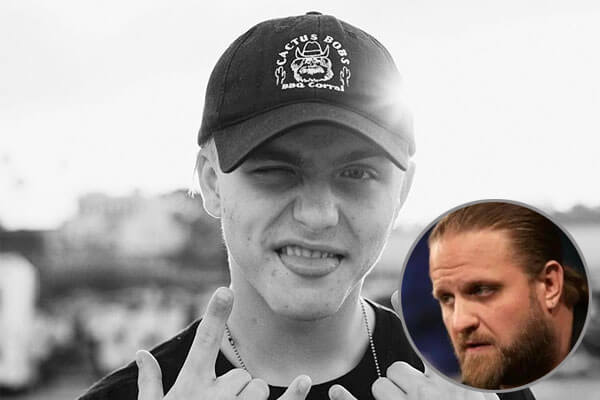 The young and talented Simon Crahan is “Slipknot” percussionist Shawn Crahan‘s son with his wife, Chantel Crahan. Simon, born in 2004, is one of the four children of Shawn Crahan and Chantel Crahan together. Simon is also the youngest child of his parents as well as the youngest son. His elder brother is Gage Crahan and after his sister, Gabrielle Crahan‘s death on May 20, 2019, Simon is left with only one sister, Alexandria Crahan.

While Gabrielle’s cause of death is not revealed, Shawn’s handsome teenage son Simon certainly is devasted by his elder sister’s death. Simon is 15 years old as of May 2019 and will celebrate his sweet sixteen soon. He goes to middle school in Phoenix, Arizona, where he lives with his father and mother.

In the post, he writes that today (the day of his sister’s death, which is May 20) is the hardest day of his life ever. He says that he’s confused, angry, sad and he’s just “sad just really sad”. “Gabrielle, I miss you so much we were best friends and no you’re not here anymore. I love you Gabrielle and I know you’ll know that forever”, Simon wrote in a tearful post.

Simon Crahan Is A Passionate Drummer

The handsome Simon Crahan is not your average celebrity baby. He’s a big boy, almost 16, and he plays the drum in his home or anywhere he can get his hands on them. Simon goes out to places with his friends and lives a relaxing life in Phoenix, Arizona. Since he is 15 at the moment, we can assume that Simon will soon be finishing his middle school and entering high school life.

Likewise, being a professional drummer has always seemed like a hobby to young Simon. He enjoys beating the bejeezus out of his drum set, that’s for sure. He is also a good friend of Griffin Parker Taylor, Corey Taylor’s son.

It looks like Simon is greatly following the footsteps of his musician father Shawn.

Simon is a baby name of Hebrew origin, which simply means, “listen.”