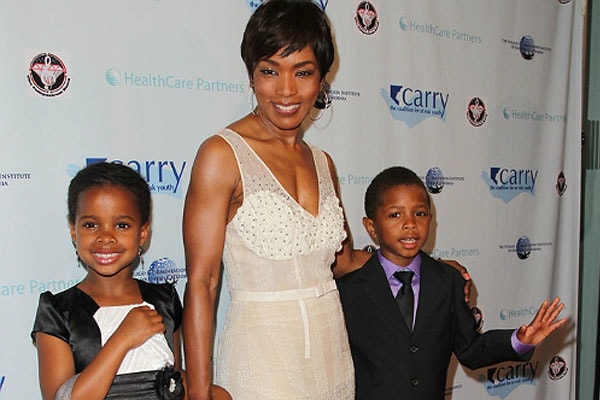 Black Panther’s Ramonda not only has a son and daughter in the movie but in real life too. The actress portraying Ramonda, Angela is blessed with a fraternal twin with husband Courtney B. Vance. Angela Bassett‘s son and daughter were just born some minutes apart from one another. But who came first is still a mystery. Her son’s name is Slater Vance and her daughter’s name is Bronwyn Vance.

On the 27th of January, 2006 Angela Bassett’s children were born via a surrogate mother. At the time of birth, Angela Bassett’s son Slater Josiah aka Slater Vance weighed 5 pounds and 2 ounces. Despite being born five weeks earlier, the twin children of Angela Bassett were healthy.

Angela Bassett is Secretive about her Son

The 60-year-old actress is very much secretive when it comes to her son Vance. Well, not just son but her daughter too. She wants to keep her children away from the media and its limelight. Even during the premiere of movies, she goes with her husband. But for the premiere of Black Panther, she broke the family rule.

When asked why the Wakanda’s queen mother replied that Black Panther is an exception. She wanted her son and daughter to see themselves as “potential panthers.” She further added she wants her children to experience a wonderful feeling. The family looked quite happy as everyone had a big smile on their face.

Photo’s of Angela Bassett’s daughter Bronwyn Vance was also adorable. Despite being a surrogate child, she looked like an exact replica of her mother. Angela Bassett’s son Vance also shared some resemblance with his mother as they had the same smile.

If Slater Vance, Angela Bassett’s son ever decides to become an actor then, he has a perfect role model, his mother.

Son of Angela Bassett Had To Deal Racism

According to Angela Bassett, her son Vance including her daughter had to deal with racism at a very young age of 4. Even when they were at preschool other kids hesitated to play with them as they were African-Americans.

It must have been difficult for Angela to see her children deal with such a problem at a young age.

Slater is an English occupational name meaning maker of slates. It has got a friendly and genial feeling to it. Maybe that is why Angela Bassett chose this name for her son. Plus the way she describes her son, he seems to be a friendly guy too.