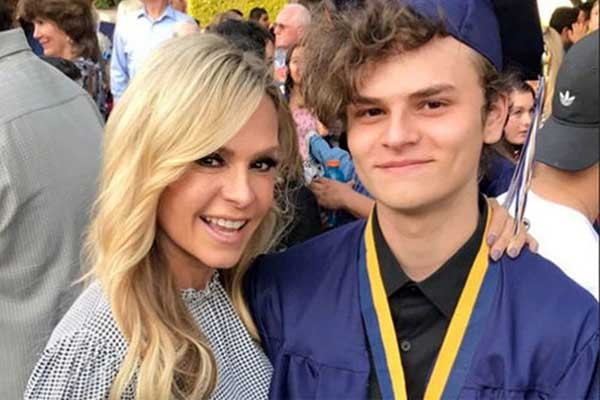 Did you know Tamra Judge, one of the cast members of the reality Tv show Real Housewives of Orange County, is a proud mother of four? She has one child from her first marriage with Darren Vieth while three from her second with Simon Barney.

Tamra gave birth to her first child, a son named Ryan Vieth in 1987, whereas she welcomed her second son Spencer Barney on June 14, 2000. She also has two daughters, Sidney Barney & Sophia Barney, born in 2000 and 2006, respectively. That said, let’s get to know a little something about Tamra Judge’s son Spencer Barney.

Spencer’s Decided To Live With His Mom

Tamra Judge officially divorced her second husband, Simon, in 2011. However, things between them were far from done as they struggled to keep their family together. The ex-pair’s eldest daughter Sidney decided to live with her father while Spencer moved in with his mother and step-father Eddie Judge. As for Sophia, she split her time between both of her parents.

Tamra was really worried that her kids got split in the brawler between her and ex-husband Simon. So, the ex-pair decided to co-parent their kids. But Tamra’s that very decision shook the fans as she previously stated that-parenting with Simon wasn’t a good idea. The ex-couple finally reunited at Sophia’s eighth-grade dance.

Tamra clearly mentioned in one of her Instagram posts that, though her sons, Ryan and Spencer’s political spectrum is far from correspondence, they have one thing in common. It’s their love for large tattoos.

Fans of the show went berserk and started to make their own assumption on what Tamra Judge’s son Spencer Barney’s tattoos meant. Well, mother Tamra knew how to silence the critics in a classic mom’s way. She replied to a comment by simply writing, the whole situation doesn’t thrill her because she feels like her son Spencer will surely regret his decision.

However, she wants her kids to be able to express themselves. Spencer is a good kid, going to college, gets good grades, doesn’t drink or get into trouble, says mother Tamra. Plus, did you know our little Spencer is all grown up, he recently graduated college. He, along with his mom, had a grand graduation celebration. So, let’s know more about that, too, while we’re at it.

Even before Spencer Barney graduated from college, his mother shared a picture of him with a heartwarming message for her fans. She wrote her tall, handsome, smart, shy, kind-hearted, loving son Spencer graduates today & turns 18 on June 14, 2018.

Tamra’s celebration didn’t end there as she continued to celebrate Spencer’s major accomplishment in her Instagram Story. In one of her videos, she was seen cheering her son as he walked during his graduation. While another video showed the family partaking in a delish-looking celebratory dinner after the ceremony.

Mother Tamra also shared a picture of Spencer walking alongside a girl named Monica. Is she Spencer Barney’s girlfriend? Who knows, maybe they are just good friends, or they might be more than friends. Things here remain unclear as Tamra herself didn’t clarify it.