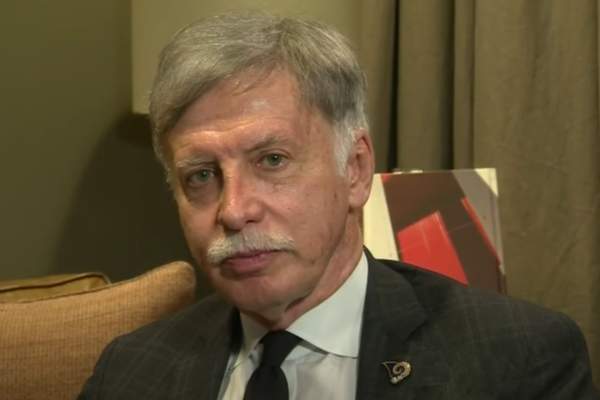 Enos Stanley Kroenke, mostly known as Stan Kroenke, is an American business tycoon with a fortune worth over $10 billion. He owns Kroenke Sports & Entertainment, the holding company that has control of over five professional sports franchises and one football club.

In addition, Kroenke shares four grown-up children with his lovely wife, Ann Walton Kroenke. People who don’t know him well might be eager to learn what his little ones are up to now. Hence, we will get to know more about Stan Kroenke’s son, Brett Kroenke.

Both Parents Are Billionaires

As the title suggests, Brett Kroenke was born to billionaire parents. Much like his father, Stan Kroenke, even his mother, Ann Walton Kroenke, has a massive fortune. Ann is an heiress to the Walmart fortune as she is a niece of the late Sam Walton, founder of Walmart, and the daughter of Bud Walton. Upon her father’s death in 1995, she inherited stock from him, which was worth $4.5 billion in September 2015.

In addition, Brett Kroenke’s mom is also the owner of the NBA’s Denver Nuggets and NHL’s Colorado Avalanche. As per Forbes, Ann Walton Kroenke’s net worth is $7.9 billion. Furthermore, Brett’s parents own at least half a dozen homes around the country. Their primary house in Columbia, Missouri, measuring 12,000 square feet, is valued at $2.5 million. Likewise, the couple bought a seven-bedroom home in Malibu, California, in 1998 for $9 million.

The Kroenkes also own a house in Aspen, Colorado, which is valued at $20.7 million. Additionally, they also reportedly own several ranches, including the Broken O Ranch in Montana. Being born to affluent parents, Stan Kroenke’s son must have had a comfortable life as he grew up.

Also Read: Take A Look At How Rob McElhenney’s Children Are Growing Up

One Of Four Children

Well, Brett Kroenke isn’t the only child his mom and dad welcomed. Stan Kroenke’s baby boy has three siblings; sisters Whitney Ann Kroenke and Katie Kroenke, and brother Josh Kroenke. Whitney was born on September 29, 1977, and is currently 44 years old. On top of being an heiress, she is also a film producer and philanthropist.

Brett Kroenke’s sister is the co-founder of Playing for Change, an organization that tries to bring about social cohesion through music. In addition, she is happily married to her husband, Nyck Silverstein. Likewise, an heir to the Walmart fortune and Kroenke Sports & Entertainment, Josh was born on May 7, 1980. The 42-year-old is also the president of the Denver Nuggets.

Unfortunately, not much is known about Brett Kroenke’s other sister, Katie Kroenke. Furthermore, the birth details of Brett and Katie have not been revealed yet, which makes it difficult to know their ages and learn who amongst the siblings is the oldest. Nonetheless, The Kroenke clan must have had much fun growing up together.

Brett Kroenke appears to be a person of privacy who prefers to lead a low-key life. Much like his sister, Katie, he has not revealed himself in the media. In addition, he doesn’t seem to have any public social media handles and stays away from the limelight as much as possible. Due to this reason, not much is known about the man. Likewise, his current whereabouts are also unclear. Brett must have taken after his father, who also seems to prefer avoiding the spotlight.

Stan Kroenke even earned the nickname “Silent Stanley” for rarely giving interviews to the press. Hopefully, Brett will reveal more about himself to the public in the coming days. Nonetheless, being a member of a wealthy family, he surely must enjoy a happy and comfortable life with his parents and siblings. We wish Stan Kroenke’s son leads a healthy and prosperous life in the future.

Derived from a Middle English surname meaning “Briton” or “Breton,” the name Brett refers to the Celtic people of Britain and France.