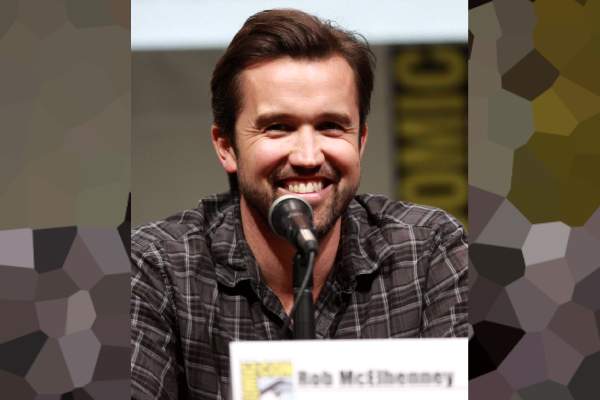 Robert McElhenney III, mostly known as Rob McElhenney, is an American actor, filmmaker, and businessman. He is best known for playing the character of Ronald “Mac” McDonald in the comedy series, It’s Always Sunny in Philadelphia. He has also been credited for creating and co-developing the series. In addition, he also served as an executive producer, co-writer, and occasional director for the series.

Aside from his work, the 45-year-old is happily married to his It’s Always Sunny In Philadelphia co-star and the Unsupervised star, Kaitlin Olson. He also shares two lovely sons, Axel Lee McElhenney and Leo Grey McElhenney, with his wife. Many people must be curious to know how the little ones are doing. Thus, we will look at how Rob McElhenney’s children are growing up in this article.

The McElhenney boys’ parents exchanged their wedding vows on September 27, 2008, in Malibu, California. About two years later, the beautiful couple became parents with the birth of their first child, Axel Lee McElhenney, on September 1, 2010. Axel, who was born at home, is currently eleven years old and will turn twelve in September 2022. His mom and dad must have been overjoyed when he arrived..

As mentioned earlier, the husband-wife duo has another baby boy, Leo Grey McElhenney. Much like his older brother, Leo was also born at their home in Los Angeles on April 5, 2012. Five days after his arrival, his mother shared the joyous news with the others through a post on her Twitter account. Kaitlin Olson’s son weighed in at eight lbs., five oz., and measured twenty inches long when he was born. The youngest McElhenney is currently ten years old.

Kaitlin Once Said That Axel Is A Psychopath

Both of Kaitlin Olson and Rob McElhenney’s children were born at their home in LA and are inseparable. The little ones share a mutual and strong love for jiu-jitsu and baseball. In an interview with Conan in 2017, the 46-year-old actress revealed that her boys liked to work together and team up against her.

In addition, during that interview, Kaitlin also mentioned that her eldest child was a psychopath. She recalled a particularly disturbing incident when her husband, Rob, was out of town. It was a long day for her, so after tucking the kids into their beds, Olson sat down, poured herself some wine, and turned on the TV.

About 20-30 minutes later, the actress felt a finger on the back of her neck, tracing her back. Being alone in the house, Rob McElhenney’s wife freaked out and turned around to find Axel staring back at her. The 11-year-old, who was much younger at that time, creepily said that he had been watching his mother the whole time.

Furthermore, in another horrifying incident, Axel “reassured,” laughing and saying, “Hope your dad dies,” to a friend whose father was in the hospital due to pneumonia. Nevertheless, Olson clarified that her oldest was very sweet and often misunderstood for his sense of humor.

Parents Have Kept Them Away From Media

Despite being born to two celebrities, as the title suggests, Rob McElhenney’s sons are currently leading a private and low-key life. Considering their ages, it isn’t surprising that the McElhenney brothers do not have social media accounts of their own. Nonetheless, the boys appear on their parents’ Instagram posts sometimes.

Also, it appears the couple wants to keep their kids out of the spotlight as much as possible. When the boys were small, the duo often took them out in public. However, as they started growing up, they made sure to cover up their sons’ faces whenever they post pictures and videos of them.

Moreover, only a little has been revealed about Axel and Leo to the public. The siblings must be focusing on their studies and education right now. And coming from an acting household, will we see them following in their mother and father’s footsteps in the future?

Hopefully, we get to know more about the McElhenney brothers soon in the coming days. Nonetheless, we don’t doubt that the celebrity pair are great parents to Axel and Leo and that the boys enjoy a comfortable life with them. We wish the McElhenney family all the best in their future endeavors.

Axel’s name is a Hebrew name that is derived from the biblical name Absalom, which means “Father is peace.”

Leo’s name stems from the Latin word for lion, serves as a short version of Leon or Leopold, and means “brave people” or “lion-hearted.”