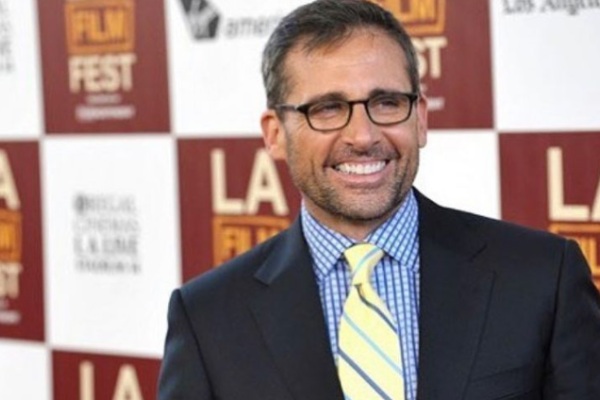 Steve's son John has the same sense of humor as him. Image Source: Social Media.

Steve Carell is a name that rarely needs an introduction. The actor is known as the part of the Frat Pack, which is an elite group of actors, including the likes of Will Ferrell and Vince Vaughn, who ruled the comedy scenes since the mid-nineties. Steve was once recognized as “America’s Funniest Man’ by Life magazine, and the actor has surely lived up to his hype.

Steve’s acting career has been pretty great with roles in both commercially and critically acclaimed projects like The 40-year-old Virgin and the NBC sitcom The Office. In terms of his personal side of things, the actor is married to his wife Nancy Walls since 1995, and the couple has two children John Carell and Elisabeth Anne Carell. With a legacy like Steve, people are wondering what his son is into, so why don’t we take a look at Steve Carell’s son John and what is he doing now?

Born on June 25, 2004, John Carell or better known as Johnny is the second child of Steve Carell and his wife, Nancy Walls. The couple married in 1995 and gave birth to their first child, daughter Elisabeth Anne Carell on May 26, 2001. Annie is currently a student at Northwestern University in the class of 2023.

As for Johnny, the sixteen-year-old is in high school and has grown exactly like Steve would have wanted. According to Steve, the kids can be notorious as they sometimes put him and Nancy against each other. He also mentioned it to be the toughest part as they will play one against the other. The Carell family is living happily as both the kids are growing up to become adults soon.

Johnny has inherited a lot of his parents’ humor. Back in 2013, Steve even tweeted one of Johnny’s antics as he responded in a cheeky way when asked if he had made his bed by her mother, Nancy. Johnny definitely has a thing for sarcasm, but as he is pretty young, we can not say for sure whether he will consider a career in acting or even comedy.

This morning my wife asked my son if he had made his bed.
Johnny: “Yes and no.”
Nancy: “What does that mean?”
Johnny: “No.”

Steve also never forgets to embarrass his kids in front of other people, and mostly, his way of doing it is by wearing a dog mask. He mentioned this to Ellen DeGeneres when making an appearance recently in November 2019. Now that Johnny is growing up, he sure is getting to learn a lot from his father. But in the end, Steve will surely support whatever the little kiddo decides to do.

Like every other member of the family, Johnny likes to keep a pretty low profile on social media. The 16-year-old is nowhere to be found on the platform. It is most likely that he has chosen not to be part of the social media scene or is using an alias name. Steve also does not like to reveal much about his kids, and most of the time, he only goes on to reveal the little details. Let’s hope we get some exciting news from the Carell family pretty soon.

The theophoric name John originated from the Hebrew name יוֹחָנָן‎ (Yôḥānān) which means “Yahweh has been gracious.”