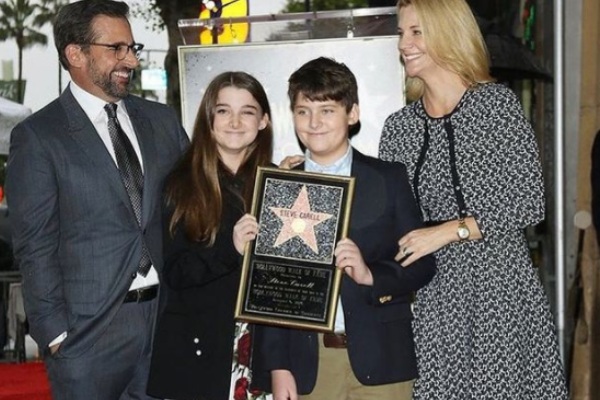 Elisabeth is the only daughter of actor Steve Carell. Image Source: Social Media.

Steve Carell is an American actor who has a whole generation of fanbase. Known as the part of the Frat Pack, which is an elite group of actors, Steve was recognized as “America’s Funniest Man’ by Life magazine. The actor definitely shares the stage as one of the best comedic actors, along with the likes of Jim Carrey and Will Ferrell.

The 58-year-old actor has been making one after another iconic performance, which includes The Office, The 40-Year-Old Virgin, and Crazy, Stupid, Love. Steve is married to his wife Nancy Walls since 1995, and the couple has two children, John Carell and Elisabeth Anne Carell. With Steve’s daughter, Elisabeth, finally coming of age, fans are eager to know more about her. The Carell family likes to keep their personal life low-key, but regardless of that, we have gathered some surprising facts about Steve Carell’s daughter Elisabeth.

Only Daughter Of Steve Carell And Wife Nancy Walls

Steve Carell married his wife, Nancy Walls, in 1995, but their only daughter and first child, Elisabeth, came to this world on May 26, 2001. Steve mentioned in an interview that his life simply changed after the birth of Elisabeth. The actor even nailed his first audition after Elisabeth came to this world because he did not care anymore. Steve is very close to his daughter Elisabeth and is proud that she has become a wonderful young woman.

Steve Carell’s daughter Elisabeth is currently enrolled at Northwestern University in the class of 2023. The 19-year-old is solely focusing on her career at the moment and will likely make a career for herself. As the Carell Family remains pretty secretive, what Elisabeth is studying is unknown to the public.

Let’s hope we will get to know about her interests pretty soon. One thing is pretty sure that whatever she is into, she is getting the full support from her family.

Annie Used To Go On Father-Daughter Dates With Steve

Annie used to go on father-daughter dates with Steve. The two seem to be pretty close to each other as Steve also made his appearance by wearing her college’s NU gear. He sure misses his daughter a lot and is a proud father now. Even though Annie is notoriously known for pinning her parents against each other, along with her brother, Steve is very emotionally attached to his daughter.

She Is Not On Social Media Scene

Like every other member of the family, Steve Carell’s daughter Annie has chosen to stay away from the social media scene. The recently turned 19-year-old is solely focused on her career. A part of her secrecy probably comes from her father’s illustrious fame.

If Annie were to be on social media, she would definitely get a lot of attention, which may have had a negative impact. Steve and Nancy were probably concerned about this and advised their children to stay away from social media.

Annie Seems To Be Single At The Moment

As Annie is nowhere to be found on social media, there is really no information about her relationship status. But given her privacy, she seems to be single at the moment. Her parents have lasted their marriage for more than twenty years, so she definitely knows where to get her relationship advice from.