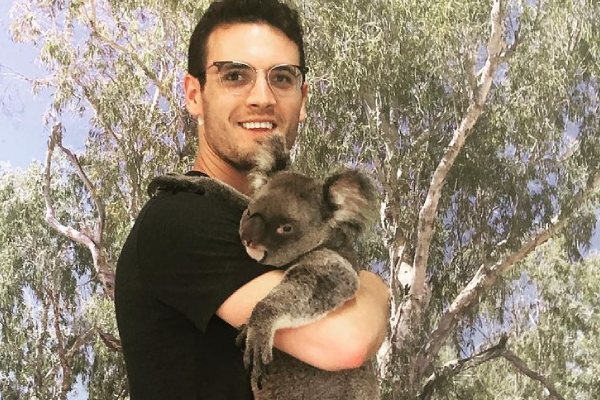 James Todd Spader or better known as James Spader, is an American actor known for movies like Sex, Lies, and Videotape, Stargate, Crash, Lincoln, and for the voice of Ultron in Avengers: Age of Ultron. The actor has been in the film business for more than forty years and shows no sign of retiring anytime soon. The 60-year-old has been a key part of quite a lot of successful projects, which makes him known to the masses.

Well, James’ career has been his highlight for quite some time, but what about his personal life? The actor is also popular for his relationships. He was married to set designer Victoria Kheel for more than a decade. Now, he is in a relationship with Leslie Stefanson since 2002. James has two sons with his first wife, Kheel. Let’s have a look at some interesting facts about one of James Spader’s sons, Elijah Spader.

James Spader married his first wife, Victoria Elizabeth Kheel, back in 1987. The couple had their first son Sebastian Spader after two years of marriage in 1989. Elijah Spader followed his brother Sebastian in 1992 and made the family complete. While the turmoils in the relationship between his parents began soon after, Elijah’s childhood was filled with joy. James and Victoia separated in 2004 when Elijah was just 12 years old. Now, the 28-year-old is all grown up and is establishing a career for himself.

James Spader’s kid Elijah is a talented sound artist. He has a massive love for music and has already been involved with some movies and television shows as part of the sound department. Elijah is currently working at the Mix Tech for Sony Pictures Entertainment. Some of Elijah’s works include With Night Comes Wolves, The Blacklist, and The Marksman. Marksman and With Night Comes Wolves are upcoming movies set to release in 2021, while Blacklist is currently running on NBC.

Along with his role as a sound designer in various tv-shows, Spader has also spent many years performing with singer Madison Taylor. He is a guitarist and has performed live in various bars and establishments around LA. While he seems to have put a pause on his performing career, for now, we hope to see more of James Spader’s son, Elijah’s music in the coming days.

Elijah must have been inspired by his father a lot since he decided to enter the entertainment industry. Now that he has set his mind to it, he will get all the support from his father and mother to make a succesful career for himself.

Worked Together With His Father On Blacklist

If you have watched The Blacklist, you probably know it stars James as the fan-favorite Raymond ‘Red’ Reddington. Elijah has been part of this TV series for three episodes for the show’s latest season. He must have gotten a heads up from dad but did a pretty amazing job. It must have felt really amazing working on the big TV show with his own father.

Even though Elijah’s mother and James were separated a long time back, he seems to be on friendly terms with both of his parents. Let’s hope we get to see this father-son duo more often in the coming days.

James Spader’s son Elijah was dating a girl named Hilary Powell back in 2017. The couple started posting pictures with one another in 2016, so they likely began dating in 2016. Elijah and Hilary’s relationship did not seem to last very long, even though the couple looked great together. Both Spader and Powell have since moved on with their lives.

After his relationship with Hilary ended, Elijah seems to have found his new love with a girl named Samantha Ladenheim. The couple can be seen spending a lot of time together traveling the world. Samantha seems to be a big fan of Disney, as evident by her Instagram handle. The pair has been together for more than two years, and they look like a perfect match for each other.

Let’s hope the two remain in a healthy relationship for many more years to come. They sure are pretty fond of each other and seem to understand each other really well.

Loves To Travel A Lot

Elijah is quite fond of traveling. He and his girlfriend Samantha can be seen traveling to different places, from Australia to Peru. Not only internationally, but they also spend quite some time traveling inside the US. Elijah must have been affected by the pandemic a lot as he could not travel too many places. But as soon as the pandemic ends, he will surely get right back in action.