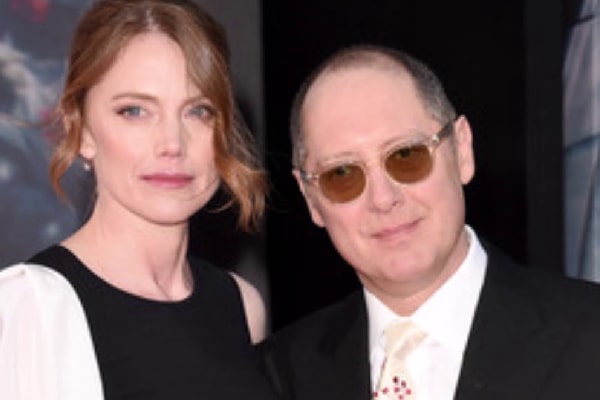 James Spader is a notable name in the entertainment industry and is a two-time Golden Globe Award nominee for his role in NBC crime drama, The Blacklist. Furthermore, he has been in the industry for as long as one can remember and hence has amassed a significant number of fans who are keen to know about Spader’s love life.

An Actress And Model

Aforementioned, James Spader is a respected name in the entertainment industry, but so is his current partner, Leslie Stefanson. She is an actress and model who started his career in 1994. Born on May 10, 1971, Leslie Ann Stefanson is known for her role as Capt. Elizabeth Campbell in The General’s Daughter, Joan Bennett Kennedy, etc.

Raised by a lawyer father, Randy Gustafson, and mom, Corinne, along with her two older sisters in Moorhead, James Spader’s partner spent most of her time running track. The determining role in Unbreakable made her father believe in her dreams and supported her very much. Despite the hectic career in her earlier years as an actress, Leslie managed to call home at least five times a week, and they often visited her on location.

Furthermore, Leslie also appeared in TV movies like Jackie, Ethel, Joan: The Women of Camelot, etc. According to Leslie Stefanson’s IMDb, she has 18 credits, including Alien Hunter, The Hunted, The Stickup, Beautiful, Flubber, etc. From small roles to significant roles in films, James Spader’s beau made a remarkable breakthrough since Delivered. The most recent film Leslie appeared is in Glass in 2019.

Moreover, Leslie previously worked as a model represented by Wilhelmina Models in Manhattan and gradually earned roles in movies.

Did we mention James Spader’s partner, Leslie Stefanson, is a multi-talented person? Besides having a beautiful face and acting skills, she is also blessed creatively. As of now, Leslie Stefanson is focusing on her career as a sculptor. She further studied anatomy at the Robert Cunningham studio.

According to Stefanson’s LinkedIn, her most recent pieces include female figures, both clothed and nude as her subjects. She further studied drawing and sculpting the human form at The Art Students League of New York, which hosted renowned artists like Alexander Calder, Marj Rothko as students or instructors.

Moreover, James Spader’s girlfriend, Leslie Stefanson, studied sculpture and life drawing at The Art Students League in 2009 and had her first show in summer 20011 at the Rourke Art Galley Museum. Likewise, The Rourke exhibited her 2004 bronze titled I Myself Alone.

As of 2020, James Spader’s sweetheart has worked on The Refugee series that explored human migration caused by forced displacement. Specializing in bronze sculptures, she made masterpieces individually and placed the figures in groupings to tell their journey. Similarly, Otis Art School student Leslie received a Gold medal and Charlotte Geffken Prize in 2019.

As we all know, James Spader enjoys his thriving career for over four decades and garners a significant fan base. Moreover, he is enjoying a blissful relationship with his partner, Leslie Stefanson. The couple started dating in 2002 and are still together, sharing the same passion. Interestingly, Spader and his ex-wife, Victoria, parted ways a year before he met Leslie.

Furthermore, James and Leslie worked together in a couple of films, including ‘The Stickup and Alien Hunter.’ Moreover, they have been in a long-term relationship, and finally got engaged in 2008. According to Contact Music, James reportedly bought a $25,000 ring from Hollywood Jeweler.

Unfortunately, there is no news about James Spader’s second marriage. However, the pair welcomed their only child, Nathaneal Spader, on August 31, 2008. Well, James Spader’s fans know about his secretive nature, and he keeps his private life away from the media. Therefore, Leslie is enjoying motherhood in privacy. Let’s hope to hear more about James Spader’s partner, Leslie, and her exhibition in the coming days.