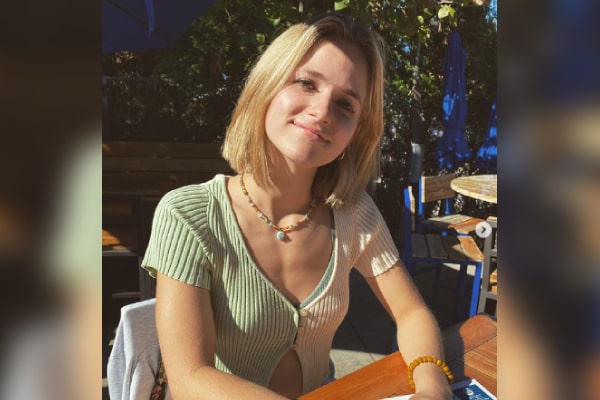 Steven James Zahn, shortly Steve Zahn is a prominent actor and comedian from America. He is well-known for his roles in the movies and TV series like Reality Bites, That Thing You Do!, Stuart Little, Treme, and The White Lotus. The Primetime Emmy Award nominee has accumulated enormous fame and fortune in his career.

Owing to his fame in the industry, the Minnesota native’s personal life has also come to attention. Well, the accomplished comedian is a proud dad of two kids whom he shares with his wife, Robyn Peterman, one of the bestselling authors. So, in today’s article, let’s get to know Steve Zahn’s daughter, Audrey Clair Zahn, including if she is interested in the acting industry.

Audrey Clair Zahn was born on 25th April 2002 as the second child of her parents. Moreover, Audrey’s elder brother, Henry James Zahn was welcomed into the world on 3rd April 2000. As the youngest member and the only daughter of the family, she must have been loved and pampered by her parents and elder sibling.

Besides, Audrey must share a tight-knit bond with her elder brother. The Zahn siblings must have grown up comfortably, all thanks to their dad’s riches. Apparently, Steve Zahn’s net worth is $20 million.

Steve and Robyn’s only daughter has grown up to be a beautiful girl. After completing her formal education at Sayre School, the 20-year-old girl enrolled at her dream college, Baldwin Wallace University (BW). In addition, she is majoring in music theatre at Baldwin Wallace Conservatory of Music and is set to graduate by 2025. Moreover, she was also named on the university Dean’s List for the fall 2021 semester.

Apart from that, she was also a member of the Lexington Dance Factory Company (LDF). As of 2021, it was reported that the legendary actor’s baby girl had been dancing for over fifteen years and training at LDF for the past two years. Her last performance at LDF was in May 2021.

Moreover, the youngest Zahn attended Student Honors Intensive Program for dance at Buffalo University in 2016, 2017, and 2018. She was also accepted into the 2020 Artsbridge Musical Theater Summer Intensive. Aside from that, the talented dancer has several titles under her belt, including Miss Teen Dance of Tennessee 2018, Miss Dance of the Bluegrass 2020, and the 2nd Runner up Miss Teen Dance of America in 2018.

Is Following In Her Father’s Footsteps

Steve Zahn’s daughter is already following in his footsteps. She made her Hollywood debut in the 2021 television series, An Uncandid Portrait. She portrayed a role as a lead dancer in the series. Besides, the dancer seems to be involved in various other projects. For instance, in the play The Lightening Thief, she made her BWMT debut in April 2022.

Nevertheless, the beautiful girl seems to be doing well in her professional life. She must have inherited acting skills from her talented dad. Well, we might see her as one of the leading stars in the coming days.

Talking about the love life of Steve Zahn’s daughter, she has not disclosed any details about it. She might be focusing on establishing her career, as she is at the early stage of her professional life. Or, she might be dating secretly. Anyways, the person who will be or is Audrey Clair Zahn’s boyfriend is lucky.

Overall, the comedian’s baby girl has grown up to be a beautiful girl. The talented dancer is attending her dream college. In addition, the youngest Zahn started her acting career and is living comfortably. We wish Audrey Clair a successful career and a joyful life ahead.

Audrey is of English origin that means Noble and Strength. At the same time, Clair is of French origin, which means Bright and famous.