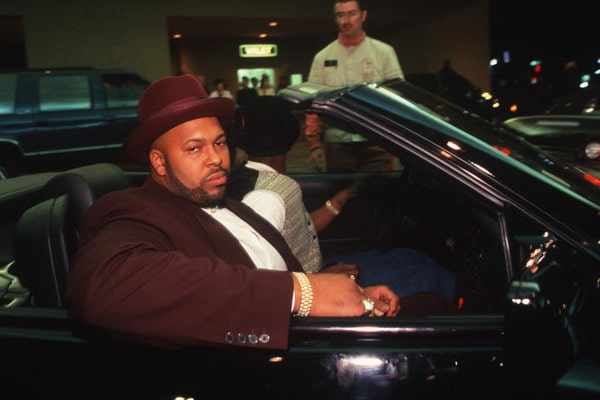 Suge Knight, born Marion Hugh ‘Suge’ Knight Jr., is a former American music executive and a record producer. Knight was the co-CEO and co-founder of Death Row Records. Also, he is the former central figure in gangsta rap’s catapult to massive commercialization. Currently, in police custody, Suge has worked with numerous hip-hop artists, including Snoop Dogg and Dr. Dre.

Though Suge Knight married twice in his lifetime, he dated numerous women and has kids from some of them. Besides daughter Bailei Knight with exx-wife Michel’le, Suge is a father to four more confirmed children, including Andrew Knight. Many fans of Suge might be curious to know his family life better. Here, we will be revealing who Suge Knight’s son, Andrew Knight, is and some of his other facts.

Many online sources note that Andrew Knight claims himself as Suge Knight’s son. It is said that Andrew’s real name is Andrew Payan, and his mother is Tia Rowe. Rowe dated the music mogul, Suge, a long time ago, and says he is her son’s birth father.

According to several media, Andrew might or might not be Suge Knight’s son; Andrew’s mom married a guy named Ed Payan, who was once in jail for robbery. Nevertheless, Andrew uses Suge Knight’s name so well whenever he needs it the most. Some sources say that he is just using his name to date.

According to Hollywood Street King, Andrew’s mom, Tia, might have told Andrew to start using the Knight name as she has a history of identity theft multiple times. Moreover, she also uses her son and Andrew’s half-brother, Donavan Gold, in such wrongdoings. So, the reality of Suge Knight’s son, Andrew, is still a matter of confusion to date. We hope Suge Knight will clear his fans about this soon.

For now, the confirmed Suge Knight’s children are Taj Knight from Davina Barnes and Bailei Knight from Michel’le. Moreover, some sources claim that Suge has a son named Legend Knight, with fiancee Toi Kelly and daughter Posh Knight from an unknown woman.

Once, the American actress Lindsay Lohan accused Suge Knight’s son, Andrew, for robbing their friend Sam Magid. The then-friends Lohan and Andrew blamed each other for stealing $100k worth watches and sunglasses from Magid’s home while partying there.

According to TMZ, Andrew told the cops that Lohan handed him a bag with some stolen items the night of the theft, which he returned to Magid. Other things were lost. Lohan had said the owner that she hid some items to protect them from burglars. But, she forgot where she hid the items as she was on Ambien and was hazy about what exactly happened.

Later, Lohan claimed Andrew was the real culprit, which he vehemently denied. And, evidently, police bought his story as Lindsay was the main target of the investigation.

Andrew And His Boyfriend Theft Services From A Resort On Lanai

In 2018, a resort in Maui County ordered Andrew Knight to stay away after he did a peculiar theft of services from a resort in Lanai. He was placed on four years’ probation and got an order to finish paying restitution about $5K.

Andrew and his boyfriend, Darren Michael Young, stayed in a hotel in Lanai. However, they tried to flee away from there without paying room services, gift shop purchases, and other charges. The couple tried multiple times to pay using a credit card, but it did not work. After failing to pay the amount, Andrew and Darren tried to run away through the bushes with their luggage and attempted to get into an Uber. Also, they were trying to make a helicopter flight to Maui.

After many attempts to escape, Andrew finally made a plea agreement with the hotel to pay restitution. He also wrote a letter apologizing. But, the prosecution dismissed the charges against Andrew Knight’s boyfriend, Darren Young.

In 2018, Andrew and his bf, Darren, were at the Blind Dragon in WeHo. While they were having fun there, a random man approached them. The man was none other than Mick Jagger‘s daughter, Georgia May Jagger‘s boyfriend, Norman Theuerkorn.

Theuerkorn touched Darren’s leg and said to him he was beautiful. Both Suge Knight’s son and his boyfriend told him to leave. After almost 20 minutes, Theuerkorn came back and struck Darren in the head that he fell to the ground. It led to a nasty gash on Andrew’s bf’s head, causing internal bleeding and, eventually, brain surgery.

Nevertheless, until and unless Suge Knight himself clears the smoke, the world will be in a dilemma regarding whether or not Andrew is his biological son.

The name Andrew derived from the Greek word Andreas. It’s meaning is manly and strong.