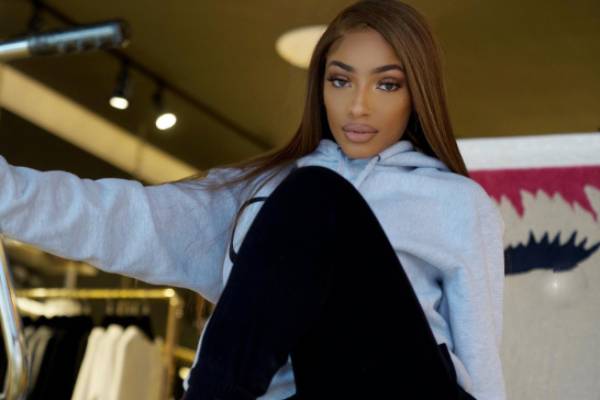 The late singer Sylvia Robinson also known by her stage name, Little Sylvia, was considered the Mother of Hip-Hop. She had a significant influence on the music industry. She was famous for conceiving and producing the first successful rap record. In addition, she was the founder of the hip-hop label Sugar Hill Records.

Besides having this immense success as a singer, Sylvia was also a mother of three sons, whom she shared with her husband, Joseph Robinson. Nevertheless, people are curious to know if Sylvia Robinson’s daughter exists.

Although that’s not the case, the late musician has a loving granddaughter. Thus, we will be talking about Sylvia Robinson’s granddaughter LeA Robinson in this article.

Hails From The Hip-Hop Family

LeAnetta Robinson, shortly LeA Robinson, is the daughter of Leland Robinson and Vernetta Robinson. As already mentioned, she is also the grandchild of musical legend Sylvia. LeA was born on June 17, 1993, in New York.

Leland Robinson is the second son of Sylvia Robinson and Joseph Robinson. The late couple’s children, Joseph “Joey” Robinson Jr., and Rhondo “Scutchie” Robinson have already passed away in 2015 and 2014, respectively.

Sylvia Robinson’s Granddaughter Is A Singer

LeA is also known as Granddaughter of Hip Hop. As she grew up in an environment surrounded by the legendary personas of the music industry, it was only a matter of time before she began her journey in the same sector.

Robinson has recorded several albums and singles. Some of them are Sorry, Blessed, Why They Mad, Broken Girl, etc. She was just a teenage girl when she first recorded a song.

Furthermore, LeA is the owner of a brand, People Blockers. The brand aims to block all the weird energy and welcome the good vibes only. Moreover, they sell t-shirts, hoodies, socks and many other things.

The beautiful singer is also a songwriter and dancer who has performed at the events like NBA basketball games, The Waldorf Astoria, United Nations International Year of Youth Conference, etc.

Apart from being a passionate artist, the granddaughter of hip hop is also a generous woman. At the age of sixteen, she partnered with the charity organization Comedy Cures. Additionally, the songstress is also an Ambassador for the United Nations. Let’s hope LeA continues to achieve more success and showcase her generosity in the future.

Sylvia Robinson’s granddaughter grew up with a happy childhood. Her grandmother and mother have always been a constant inspiration to her. Sadly, LeA lost her grandmom on September 29, 2011, at Meadowlands Hospital in New Jersey. The Robinson family lost their guardian to congestive heart failure.

Just like how light follows darkness and how good and evil coexist, life can’t exist without death. However, the mother of hip-hop will continue to live within her fans and family’s heart and memories.

Who Is LeA Robinson’s Boyfriend?

Sylvia Robinson’s granddaughter has achieved considerable fame and fortune in her career. Talking about her love life, she seems to prefer to keep her private life away from the public eye. Although she is active on social media, she has not posted anything related to her partner. So, it is challenging to know about LeA Robinson’s boyfriend.

However, in one of the interviews, the artist revealed that she went through a bad breakup back when she was a teenager. It also led her to suffer from depression, but she overcame it. Hopefully, LeA will find a person who will love and cherish her wholeheartedly in the coming days.

Nevertheless, the gorgeous singer is doing well in her professional career. She seems to be living comfortably with her loved ones. We wish LeA Robinson a rocking career ahead.

Lea is a name of Hebrew origin that means Delicate or Meadow. However, the singer’s name, LeAnetta, was created from her parents’ names, Leland and Vernetta. Le from her dad’s name and Netta from her mom’s name.