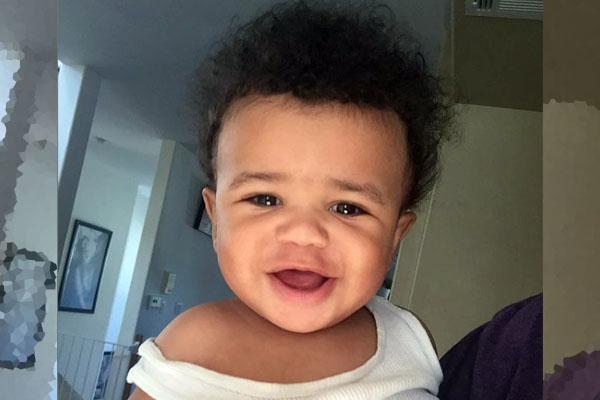 Asir Cairo Nasheed is the son of Tariq Nasheed with his wife, Peanut Nasheed. His father, Tariq Nasheed, is well-known for his contribution to the American film industry as a film producer. Besides being an important member of showbiz, Nasheed is also a published author and a social commentator. He advocates for the equal right of black people and also actively raises voice against other social problems.

With the rising stardom of his multi-talented dad, Asir Cairo Nasheed is also gaining attention from the public and media people. Many are curious to know how his celebrity dad and his quiet, secretive mom, Peanut, are raising him.

So, here, let’s see how Tariq Nasheed’s son, Asir, is growing up. Also, know some facts about him.

ALSO READ: Jack Osbourne’s Children And How They Are Growing Up

Asir Cairo Nasheed is the second child of the media personality, Tariq Nasheed, with his beautiful wife, Peanut Nasheed. Momma Peanut gave birth to Tariq Nasheed’s kid, Asir, in February 2015. The overwhelmed parents, Peanut and Tariq, announced the news of Asir’s arrival via their respective Instagram pages with a snap of their newborn.

According to Tariq, his spouse, Peanut, delivered their son, Asir, naturally at their own home with the help of a team of amazing midwives. She did not have to use any pain medications to welcome Asir into their growing family.

Now, six-year-old, cute Asir Nasheed has one elder brother and one younger brother, whom he loves a lot.

As hinted above, Asir Nasheed is the middle child of Tariq Nasheed with Peanut Nasheed. Smart and energetic boy, Asir’s big brother, Tariq Alexander Nasheed (TJ), was born just a day after his birthday but two years earlier, in 2013. So, their parents sometimes organize their birthday party on the same day so that they can celebrate it together.

Similarly, Asir’s younger brother, Mateo Cress Nasheed, made him a proud big-brother in September 2016. He loves being around and taking care of his little brother, Mateo. Asir and his two brothers might have an age gap of some years, but all three of them look like triplets and are equally pampered by their elder ones.

Besides, Asir has an elder half-sister named Taria Nasheed, from his father’s previous relationship, who is sixteen years older than him. His sister, Taria’s biological mom, separated from their dad when she was very young. So, Asir’s mom, Peanut, raised her up like her own child. The caring big sister, Taria, loves Asir and his brothers a lot and can often be spotted having fun together on their parent’s social media handles.

Tariq Nasheed’s Son, Is Growing Up Like Other Normal Kids

Asir Nasheed is growing up like any other normal kid with his siblings. While his dad is mostly busy with his works, his mom looks after him and makes sure most of his demands are fulfilled.

Moreover, Asir Nasheed enjoys playing and having fun with his siblings, his friends from his pre-school, and his neighboring kids. On holidays, his parents take him to various travel destinations so that he can enjoy with his family as well as learn new things practically about the world. Besides, energetic Asir also loves going swimming with his family.

Nevertheless, Tariq Nasheed’s son, Asir Nasheed is enjoying his childhood to his best with his identical siblings. We hope to hear and see more of Asir in the upcoming days.