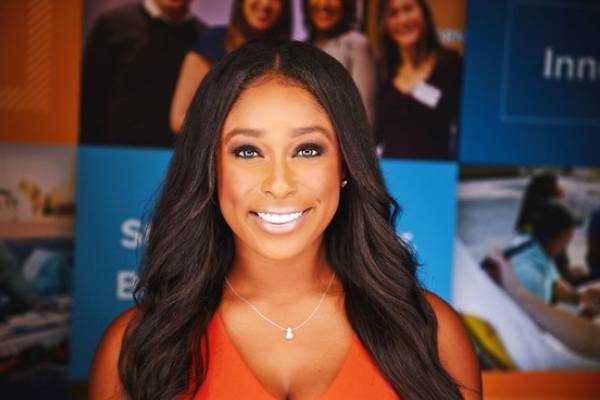 Terry Steven Lewis, professionally known as Terry Lewis, is a member of Jimmy Jam and Terry Lewis, a producing team. He is a talented music producer and songwriter who has won Grammy Award & the NAACP Image Award. In addition, the Oscar Nominee is also an inductee of the Hollywood Walk of Fame and Songwriters Hall of Fame.

With that much said about the musician’s professional life, let’s now talk about his personal life. Well, Lewis has been married twice. His first marriage was to Karyn White, with whom he shares a child, Ashley Nicole Lewis. The latter has grown up and made a big name with her accomplishments. Thus, in today’s article, let’s get to know Terry Lewis’ daughter, including her profession and partner.

Ashley Nicole Lewis was born to a famous music producer, Terry Lewis, and his former spouse, Karyn. She was born on November 24, 1992, on the day of her father’s birthday. The dad-daughter duo shares a close bond with each other.

Furthermore, the songwriter and his ex-partner Karyn White tied the knot in 1992. They were famous as a celebrity couple. However, their bond didn’t last long, and the ex-pair legally parted ways in 1999. Their only child was still young at that time. Terry Lewis’ ex-wife is a popular singer of the late eighties who is famous for Superwoman, The Way You Love Me, etc.

Terry Lewis’ Daughter Is A Reporter

The beloved daughter of a music producer is highly involved with the public media. She is a journalist and news reporter in the entertainment industry. In addition, her Instagram bio introduces her as a casting producer at HBO Max, Netflix, Hulu, OWN, CBS, ABC, and many more.

Additionally, after completing her formal education, Ashley Nicole enrolled at Howard University in 2011. She graduated with a bachelor’s degree in broadcast journalism in 2015.

Having earned a degree in journalism and broadcasting, Ashley pursued her career in a related field and has established herself as a renowned tv personality. She began her career in 2011 as a talk show host or producer at the Spotlight Network. Afterward, she worked for several companies, TV shows, and radio shows. She currently works as the casting associate at Kinetic Content.

Additionally, after establishing herself in the Television and entertainment industry, Karyn White’s daughter entered the world of real estate to help people accomplish homeownership and build wealth. She is a licensed realtor at Keller Williams Studio City. Moreover, she serves clients across Southern California, focusing on Studio City, Hollywood, and surrounding cities.

Thus, Ashley Nicole Lewis’ net worth must be a considerable figure. Speaking of which, her mom, Karyn White’s net worth is $4 million, and her father, Terry Lewis, has a fortune of $50 million.

Hopefully, Karyn White’s daughter will continue to achieve more success in her professional life in the coming days.

You heard it right, the beautiful woman is about to get married. Terry Lewis’ daughter got engaged to J.R. Pittman on September 4, 2021. Moreover, Ashley Nicole Lewis’ soon-to-be husband is a casting director on the TV. The lovely duo seems to be madly in love with each other.

Ashley and her fiancé will tie the knot on May 20, 2023. The musician’s baby girl announced her wedding date on her Instagram account. In addition, she has already chosen her bridal dress, and she looks absolutely stunning. Above all, we wish the lovely pair the best in their new beginning and hope their love and affection will last forever.

Nonetheless, Terry Lewis’ daughter has achieved enormous success in her career. In addition, she is happy with her fiancé. Furthermore, considering all the successes and endeavors, Ashley Nicole Lewis’ net worth must be enough for her to afford a comfortable life. We wish her more prosperity and a lasting relationship with her spouse-to-be.

Ashley is of Old English origin, which means a Meadow where ash trees can be found. On the other hand, Nicole is a name of French and Greek origin that means People of Victory.