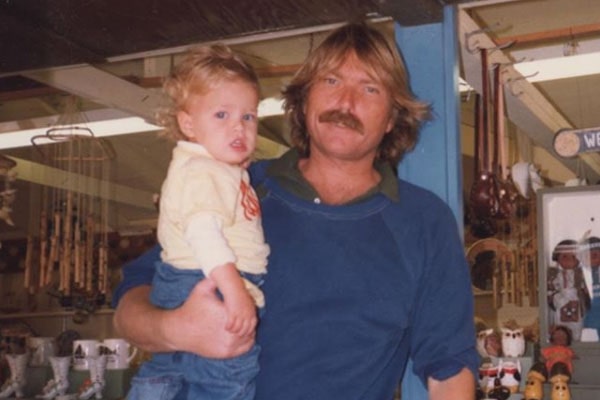 Terry Melcher and his ex-wife, Jacqueline Carlin had their one and only son, Ryan Melcher. Image Source: ryan_melcher_properties/Instagram.

Terry Melcher was an American record producer, singer, and songwriter. He made a fabulous career in the music industry as well. As for his personal life, Terry married the gorgeous model and actress, Jacqueline Carlin, and the two became parents to their one and only son, Ryan Melcher.

You might be wondering where Ryan Melcher is and what he is doing right now. Well, not to worry, just stick up with this article, and you may know that you never knew about Terry Melcher’s only son.

The handsome Ryan Melcher is a real estate agent. He ranks in the top 20 of 1500 real estate agents on the Monterey Peninsula. He also holds the listing agent record for the highest price per square foot sale ever in Carmel for a non-ocean view property.

Ryan Melcher derives his love for real estate and competitive nature from delivering for his clients. He even leverages the most cutting edge digital marketing techniques, social media forums, and numerous print. And, his deep network with different people is a plus point in a fiercely competitive market.

If you go through Ryan’s Instagram account, he frequently posts photos of houses he sold to buyers. If you’re willing to buy or sell homes, don’t forget to visit Ryan Melcher Properties. Ryan is making a great fortune from his career as a real estate agent. Even though Ryan chose a different career than his parents, he seems to be very happy from his real estate business.

And from his different ventures, one can assume Ryan Melcher’s net worth to be of a grand amount.

Close With His Mom, Jacqueline Carlin

Terry Melcher’s son, Ryan Melcher, is very close to his mom, Jacqueline Carlin. The mother-son duo has a great bond and connection with each other. He is always there for Jacqueline. Similarly, Ryan never forgets to posts his mother’s photos on Instagram and wish on her birthdays.

As said earlier, Ryan Melcher’s dad, Terry, died after a long battle with melanoma on Nov 19, 2004. He passed away at the age of 62. It was hard for Ryan to go through such rough patches of time. So, Jacqueline probably took the responsibility to take care of her son as a single mother.

Had Not Spoken To His Grandmom For 14 Years

Ryan Melcher is also the grandson of Doris Day. He revealed that he had missed out on the last 14 years to speak with her. Unfortunately, Doris Day died on May 13, 2019. Furthermore, Terry Melcher’s son knew about his grandmom’s death on social media after being kept apart from her.

Ryan had spent much time with her after his parents divorced each other. She also had called him to set up dinner. But some unnamed manager intervened and said that he was the one to put a stop to their relationship as well.

Ryan Melcher is in a loving relationship with his beautiful girlfriend, Brittney Giammanco. They two lovers are so happy together. Jacqueline is also delighted to see her, so in love with her son.

Ryan at times posts photos of his mother and girlfriend on Instagram. And the interesting fact is that Jacqueline and Brittney’s birthday are on the same day.

Ryan and Brittney are so in love with each other. But they haven’t married yet. Perhaps the lovely couple is planning to get married soon. It would be the happiest day for the couple and Jacqueline to see her son as a groom.