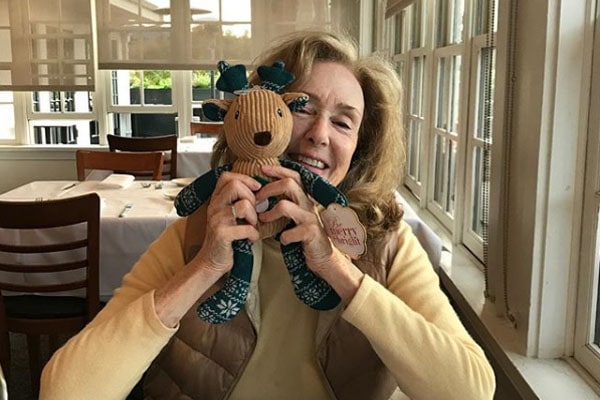 Jacqueline Carlin is Chevy Chase's ex-wife and mother of her son, Ryan Melcher, she had with ex-husband, Terry Melcher. Image Source: ryan_melcher_properties/Instagram.

Gorgeous Jacqueline Carlin is an actress and model well-known for movies such as Thank God It’s Friday, Bronk, and The Tonight Show Starring Johnny Carson. She was also the very first actress ever to appear on SNL in the “New Dad” skit.

Going through her personal life, she had been married three times but could not find love in any of them. Jacqueline Carlin’s first marriage was with the American actor and producer, Chevy Chase. Then she went on to marry her two ex-husbands, Peter Byam Cannon and Terry Melcher.

We will be discussing Jacqueline and where she is at the moment. So, if you want to know more details about her, stick up with the article from top to bottom.

Jacqueline Carlin is Chevy Chase’s second wife after he divorced Susan Hewitt in 1976. The ex-couple married each other in the same year on Dec 4 after Chevy and Susan got divorced. Chevy used to fly out to Los Angeles to meet Jacqueline every few weeks before marriage.

Their marriage had been going well until Jacqueline sued for a divorce in 1978. However, they reconciled for seven months. Furthermore, Jacqueline and Chevy did not have any kids together when they were married. And later on, the now ex-pair decided to end their marriage with divorce in 1980.

Chevy’s ex-partner also asked the court to keep him away from their house after she cited threats of violence to her. The comedian, Chevy Chase, had been granted a divorce and had to pay his ex-wife, Jacqueline, a $400,000 settlement.

As for Chevy Chase’s ex-wife, Jacqueline, she then married Peter Byam Cannon in 1996. But their marriage also could not work out and had to part ways with separation. After that, Jacqueline Carlin tied the knot with her ex-husband, Terry Melcher. Terry was a successful musician back then. According to IMDb, the two even had a son together named Ryan Melcher.

Ryan is the only grandson of Doris Day. Sadly, Jacqueline’s third marriage also ended with a divorce in 1997. Jacqueline’s son, Ryan, said that he and his grandmother were not close in her final years. And that his opportunistic managers kept him away from her.

Jacqueline’s ex-husband, Terry, passed away from a skin cancer called melanoma in 2004. She was devastated to know her son’s father was no more.

Jacqueline Carlin And Her Quiet Life

The 77-year-old actress is now pursuing to live a normal and quiet life. She is not a concern in the spotlight as well. Going through Jacqueline’s son, Ryan’s Instagram account, he often posts her photos and wishes her on her birthdays too.

From that, we can tell what a great bond the mother-son duo has. The surprising fact is that Ryan’s girlfriend and mom’s birthday are on the same day.

So, Chevy Chase’s ex-wife, Jacqueline, is very happy with her low-key life at the moment.