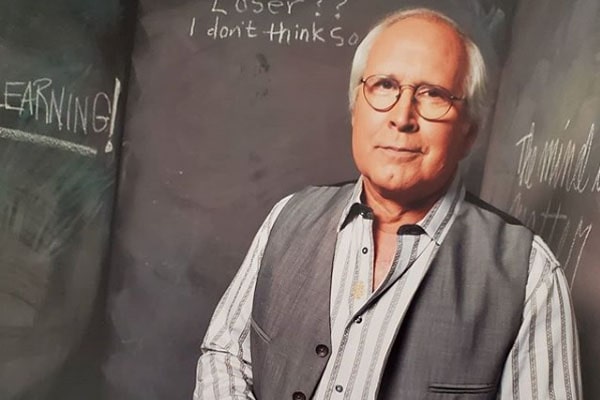 Suzanne Chase is Chevy Chase ex-wife but the reason behind their divorce has been a mystery. Image Source: chevychase/Instagram.

Chevy Chase is an American actor, comedian, and producer who made a promising career in the entertainment industry. As we peek into his personal life, the actor has been married three times. Chevy Chase’s first marriage was with his ex-wife, Suzanne Chase.

Suzanne Chase, known by her real name, Susan Hewitt, is just famous as Chevy Chase’s ex-wife but nothing more than that. After being married for three years, they decided to part ways and divorced each other. However, the reason for their divorce is still vague.

We will be discussing more about Suzanne Chase in today’s article. So, stick up from top to bottom to know more about Susan Hewitt and her relationship with Chevy Chase.

Marriage And Divorce Between Chevy Chase And Suzanne Chase

Well, Chevy Chase and his ex-wife, Susan Hewitt, married each other on Feb 23, 1973, in New York City. They walked down the aisle in the presence of their families and friends. There were no issues between Chevy and Suzanne as they were enjoying their married life. However, on Feb 1, 1976, the ex-couple divorced each other.

They even did not have any kids together. Perhaps they chose not to have kids for some years and were taking time to become parents. But they probably never thought their marriage would end like this. The reason behind their divorce has remained under the covers. But we assume Chevy Chase and Suzanne Chase had issues in their relationship which they could not work out.

What Happened After Chevy And Suzanne’s Divorce?

The actor and producer Chevy Chase went on to marry his second wife, Jacqueline Carlin, in the same year he divorced his ex-wife, Suzanne. Their marriage spell lasted for over four years and ended the marriage with a divorce in 1980. Similarly, Chevy and Jacqueline did not have any children too.

Then, Chevy married his now-wife, Jayni Chase, in 1982. They all say, “third time’s the charm.” Chevy Chase’s third marriage has been a charm indeed. They have been married together for over three decades. Soon, we might see Chevy and Jayni’s four decades together celebrations too.

Chevy Chase and his wife, Jayni Chase, are parents to their three gorgeous daughters, Caley Leigh Chase, Cydney Cathalene Chase, and Emily Evelyn Chase. Not only that, but Chevy also has a son named Bryan Perkins. But the baby mama has not been revealed yet.

As for Chevy Chase’s ex-wife, Suzanne Chase, no rumors or news about her second marriage or relationship has been publicly announced. It looks like she pursued a quiet and private life after the divorce with Chevy.

It’s hard to know whether Suzanne Chase again got married or not. What we can say is that she did a great job of living a life away from the limelight. We hope she is happy with how her life is going at the moment.