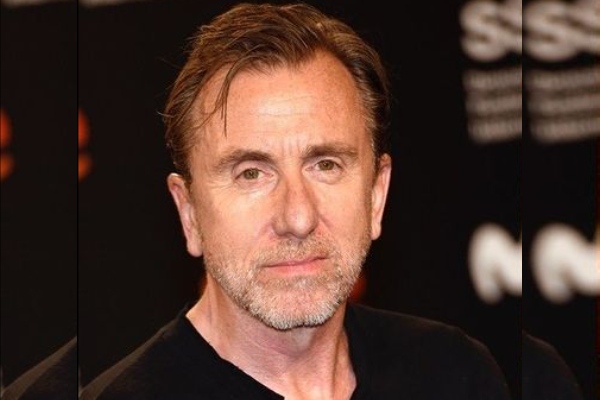 Tim Roth (Timothy Simon Roth) is an English actor and director mostly known for his work as Myron in the movie, The Hit, for which he was also nominated in the BAFTA Award for Most Promising Newcomer. Timothy made his debut through the television film Made in Britain and made a name for himself through many other films like The Cook, the Thief, Vincent & Theo, and Rosencrantz & Guildenstern Are Dead. Later, he entered international cinema through Quentin Tarantino‘s film, Reservoir Dogs.

Enough about his professional life; what about his personal life? How many children does he have? And with whom? Read the whole article to meet all of Tim Roth’s Children.

Born in 1984, Jack Roth is the eldest son of Tim Roth with his then-girlfriend Lori Baker, an award-winning writer, and producer. Tim and Lori did not marry and separated after a few years of relationship, so it was pretty hard for Jack during his childhood. He followed the footsteps of his father into acting and has bagged some memorable roles throughout the years.

Jack did not attend drama school, so all of his acting prowess comes from his environment. After all, he grew up with a well-celebrated actor. He has portrayed the characters such as Max in Sky Living’s second series of ‘Bedlam’ and Dolce Orlick in BBC’s Great Expectation. He was also featured in some blockbuster movies like Rogue One: A Star Wars Story and Bohemian Rhapsody and appeared in an episode of Game Of Thrones called The Watchers of the Wall.

The 36-year-old is also a theatre artist and gave his best performance during a Broadway Theatre audition. Apart from acting, he is also an aspiring musician and will continue to do great things in the future.

Timothy Hunter Roth is the second child of Tim Roth, while he is the first child of the actor with his wife, Nikki Butler. Tim Roth and his wife, Nikki Butler, welcomed their first child in 1995. As anyone might wonder about Timothy’s middle name, he got it after the name of a well-known screenwriter and actor, Hunter Carson, and the instigator of the Gonzo journalism movement, Hunter S. Thompson. Furthermore, Tim Roth has also inked Hunter’s name on his forearms.

Timothy attended Sequoyah High School, a public high school in Georgia. As a child, he also appeared in the Red Carpet alongside his actor father and designer mother. But as he grew up, he started stepping away from the spotlight and cameras. He likes to keep his life private and does not attend any media events anymore.

Also Read: How Rapper Houdini Was Shot And Killed

Michael Cormac Roth is the youngest son of Tim Roth. He is the second child of Tim with his wife, Nikki Butler. The couple welcomed their youngest child in 1996. Cormac spent his childhood in Los Angeles, California, and went to Sequoyah High School, the same high school as his elder brother Timothy Hunter Roth. Later, Cormac Roth graduated from Bennington College in 2019.

Tim Roth’s son, Michael Cormac Roth, is an emerging musical artist who has already worked on a few music projects. Not only that, but he has also released his own music albums, such as Python(2018) and Cormac. Cormac Roth has had a keen interest in music ever since his childhood. After a long period of devotion to music, his interest has turned into his passion and then to this profession.

Tim Roth’s youngest one is also paving his way into the American Entertainment Industry. He is involved in the music department of the movie New Order which is a Mexican-French art Dystopian thriller movie by Michael Franco. Listeners can access his music on platforms like SoundCloud. As an artist, he is also active on Instagram and Facebook and is ready for upcoming music projects.

Sadly Cormac Has Passed Away

As the sub-heading suggests, Cormac is no more. Unfortunately, he died after a battle with cancer in October 2022. His family disclosed Cormac passed away peacefully surrounded by his loved ones.

Tim Roth’s youngest son was an emerging guitarist, producer, and composer and many might have been surprised to hear the news. However, Cormac had revealed he was diagnosed with stage three germ cell cancer via an IG post in November 2021.

Michael is survived by his father, mother, and brother, Hunter Roth.

Tim’s youngest son’s first name, ‘Michael,’ comes from a Hebrew origin and means ‘Who is like God.’ And his middle name ‘Cormac’ is a name of Gaelic and Irish origin, meaning impure son.