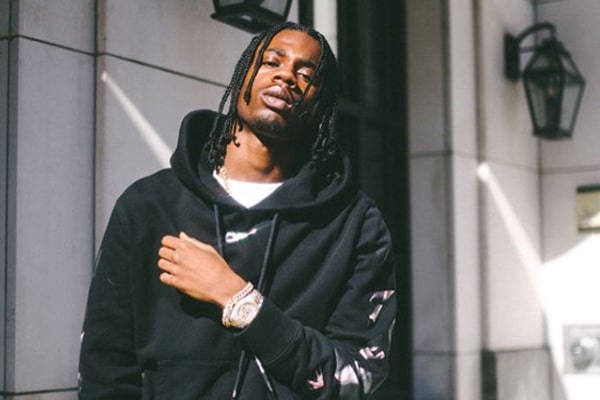 Toronto Rapper Houdini died at hospital in May 26, 2020 after a downtown shot outside a hotel in Toronto’s Entertainment District. Image Source: Houdini's Instagram.

Another budding rapper, a 21- year old aspiring rapper Houdini died after a downtown shooting on May 26. The shooting took place at King Street W and Peters street that involved a 15-year-old boy and 27-year-old-woman other victims who are critically injured.

Toronto Police responded multiple calls about the sound of gunfire at King Street and Jays Way after 4 p.m. According to CP24, Houdini was suffering from gunshot wounds when the Toronto Police arrived and located two other victims shortly. All the victims, including Houdini, were rushed to the hospital immediately.

Furthermore, the Toronto Police Chief confirmed the rappers’ death because of his injuries in the hospital.

According to CP24, a witness reported hearing six to ten gunshots before the police arrived. Furthermore, police suspect that the suspects were waiting in a car for 40 minutes before the unfortunate event.

The Toronto police recovered a firearm from the scene while the victim’s car was missing. Although the relationship between the suspects and the victims wasn’t clear, the Toronto police are optimistic about solving the case quickly.

Houdini was a budding rapper who was rising to fame through his unique melody since 2017. His success was remarkable and was loved dearly by his fellow rappers.

Several names in the Hip Hop community, including Tory Lanez, Meek Mill, paid tribute to Houdini’s unjust death. Upon hearing the news, Lanez quickly posted a picture of Houdini and captioned it with his heartfelt condolences. He wrote, “YALL TOOK MY ……… ALL HE WANTED TO DO WAS LIVE… #RIP…”

Toronto lost yet another gem. Houdini’s death brought a lot of despair for people who adored him, but the culprit shall be punished soon. May the friends and family of the departed soul find the courage to withstand these hard times.