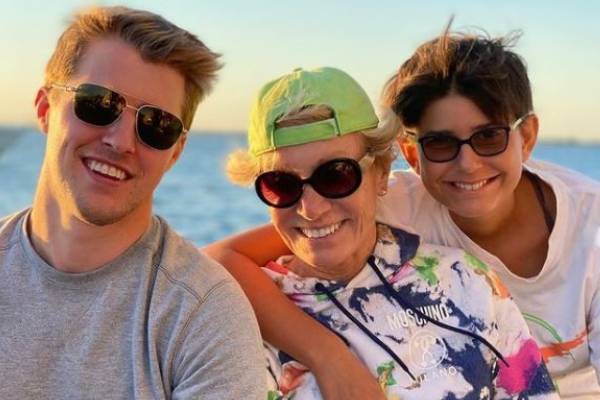 Shark Tank fans know that Barbara Corcoran is a savvy businesswoman who has made investments in various sectors and made a fortune. But what some might be unaware of is that the businesswoman is happily married and also a mother of two.

So, if you are one of them, here is everything you need to know about Barbara Corcoran’s son, Tom Higgins. Also, see if he followed in his mother’s footsteps or chose to be like his father, Bill Higgins.

Was Born Via In Vitro Fertilization

Barbara Corcoran got married to her husband, Bill Higgins, a former FBI agent, in 1988. The pair have been together since and welcomed two kids together. However, things were not easygoing for the couple as they had trouble conceiving.

As per Inc., the Corcoran-Higgins duo spent seven years trying to expand their family before Tom, nicknamed Tommy, was born. The couple reportedly tried in vitro methods for a long time before finally succeeding.

Moreover, Tommy was conceived with the aid of one of Barbara’s sisters’ eggs. In one of her interviews, Corcoran mentioned that she chose her sister, Florence, because she had the best personality, brain, and body.

Barbara Corcoran’s son was born in March 1994 and is now in his late 20s. The Shark Tank star and her husband thinks that Tom is god’s greatest gift for their family as he came into the world after many failed in vitro attempts.

Aforementioned, Tom Higgins was born after his parents had tried for around seven years. And due to the troubles they had to conceive, Barbara and her husband, Bill, chose to adopt their second child, a daughter.

Tom Higgins’ sister, Kate Higgins, aka Katie Higgins, was adopted after an exhaustive search. His mom reportedly used her ad copywriting skills to find the perfect little one who would complete the family. Barbara reportedly spent $62,000 in the process of adopting Katie. On the other hand, she paid $84,000 to conceive Tom.

Moreover, Barbara Corcoran’s daughter Katie and son Tom both have dyslexia. But this has not hindered their life, and both of them are excelling in their life. Young Katie is also a special needs kid, but she has already started working. She works at a dog spa for two hours a week and has saved her hard-earned money to buy herself a car someday.

As for Corcoran’s son, Tom has already completed his studies and has found the love of his life.

As stated above, Barbara Corcoran’s firstborn, Tom, has grown up and is now enjoying his life as a married man. Higgins tied the knot with his longtime girlfriend, Lia Ehrlich, in April 2019. According to their wedding registry, the couple already owned a home and had everything they needed.

Tom Higgins’ wife, Lia, who now goes by Lia Higgins, graduated from NYU law school in May 2021. Barbara congratulated her daughter-in-law and wished her luck for her future.

As for Corcoran’s son, it is unclear what career Tom chose to pursue. He is a Columbia University graduate, but what he decided to study and when he completed his college education is a mystery.

Nevertheless, it is clear that Barbara Corcoran’s son, Tom Higgins, is doing well in his life. Let’s hope we get to learn more about Tommy in the days to come.

Tom is a Hebrew name for boys which means, purity or innocence.