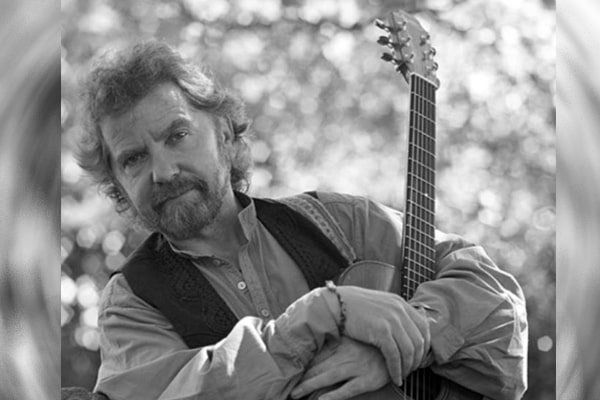 Tommy Sands is an American actor and singer who became an overnight sensation after appearing on Kraft Television Theater. He was married to Frank Sinatra‘s daughter, Tina Sinatra, in 1960 and divorced in 1965. Moreover, there were speculations that Frank Sinatra had him ‘blacklisted’ in the entertainment industry following his daughter’s divorce. However, they both denied the allegations.

Later, Tommy Sands exchanged vows with Sheila Wallace, a secretary in Honolulu in 1974. He relocated to Honolulu in an attempt to revive his career. The couple welcomed a daughter named Jessica Sands in 1977. Unfortunately, Sands’ IMDb reveals that the pair divorced after they had a daughter together.

Thus, here is everything about Tommy Sands’ daughter, Jessica Sands, and her whereabouts.

Aforementioned, Tommy Sands married twice. The media personality was previously married to Frank Sinatra’s daughter, Tina Sinatra. But the marriage did not last long. Along with divorce followed his musical career’s downfall in 1965.

Although there were speculations if Frank Sinatra had him blacklisted, they both denied the accusations. Despite facing such downfall, Tommy Sands remained hopeful and descended to Honolulu, where he met his partner, and baby mama, Sheila Wallace.

Singer, Tommy Sands, and Sheila tied the knot in a small and intimate ceremony in 1974. Within three years of marriage, the couple welcomed their first and only child together, Jessica Sands.

Unfortunately, Tommy Sands kept his life and his daughter’s whereabouts away from the spotlight. Furthermore, Sands’ daughter also keeps her life overwhelmingly private despite growing up as a daughter of a teen idol. Moreover, Tommy Sands and Sheila Wallace divorced when she was only 7. Thus, she remembers growing up pretty angry.

According to The Good Life Hawaii, she graduated from the University of Washington School of Music. She further revealed that she grew up in Hawaii until middle school and moved to Washington with her mother. She also added that her parents inspired her to be a better person.

Growing up, Tommy and Jessica did not spend much time together, but she admitted that he inspired her. As of now, she has grown up into a fine woman and an extraordinarily talented person.

Jessica Sands Is Also A Singer

Aforementioned, Tommy Sands’ daughter, Jessica, graduated from the University of Washington School of Music. She was further inspired by her father to pursue a career she was interested in. Thus, she chose music as her creative outlet.

While talking to The Good Life Hawaii, Jessica revealed that she did not want to stay away from family but moving to Washington and enrolling in a music school helped her understand her vocal more. She started performing professionally at age 17 in summer festivals, theme parks, and cruise ships.

Tommy Sands’ only child, Jessica, signed her first record deal at age 19, and by age 20, she began working in countries like Italy and Japan.

Unfortunately, Jessica is yet to release an album, but she seems to enjoy singing church choir songs. Thus, we might be hearing more from her in the coming days. Besides music, she also works as a makeup artist.

A Model and Makeup Artist

As mentioned earlier, Tommy Sands’ daughter, Jessica Sands, has grown up into a fine woman who prefers confidentiality over publicity. She seems to remain away from social media and does not appear on her father’s Facebook either.

Despite the privacy, Jessica Sands ended up in the entertainment industry; previously forth camera, and now behind. According to Tommy Sands’ IMDb, Jessica, his only child, modeled Playboy in July 2000.

Likewise, Jessica’s IMDb reveals that she has four credits in the makeup department. Her most recent work documented was in 2020 for Kesi. Some other movies she served as a key make-up artist are Remembering When: The Story of Mr. Whittier’s Hemet, Freelancers, and Got Skits?

Despite remaining away from social media, Jessica is doing relatively well for herself as a makeup artist. And while going through her multi-dimensional resume, she seems extraordinarily multi-talented. Interestingly, she has a Twitter account that has been inactive since 2011. Thus, staying far from the new trend, i.e., social media platforms, seems her voluntary choice.

Married To Craig Hoffmann And Mother Of Three

Although Jessica Sands remains away from social media, she has grown up into a beautiful person with massive faith in God and a music career. There’s nothing much about her personal lives, but she surely became a beautiful human being.

Besides working as a singer and makeup artist, Tommy Sands’ child is also a mother of three kids and a wonderful wife. She is married to Craig Hoffman and welcomed three kids together; Grace Hoffman, Josiah Hoffman, and Jeremiah Hoffman.

Jessica met her husband, Craig, who happened to be her sister’s friend, in high school in Hawaii. However, the romance did not spark until she was in her 30s. Jessica Sands’ husband, Craig Hoffman, also has massive faith in God, and thus the couple bonded because of their faith.

Moreover, while talking to The Good Life Hawaii, Jessica further revealed that they got engaged within two months of their relationship, got married in four months, and welcomed their first child in six months.

Both Tommy Sands’ daughter, Jessica, and Craig are still married and are raising their kids together. Thus, let’s hope to see more of her in the coming days and hopefully an album shortly.

The name Jessica ‘God Beholds’ and has Hebrew origin.