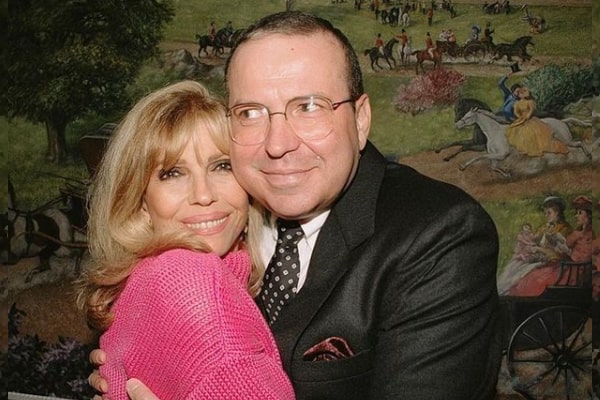 Born to Frank Sinatra and his first wife, Nancy Barbato Sinatra, Frank Sinatra Jr. made a reputation in the musical world. The American singer-cum-songwriter became famous after following his father’s footsteps in jazz music but was mostly overshadowed by his father.

Despite being neglected and unaccepted, Frank Sinatra Jr.’s daughter, Francine Sinatra Anderson, still lives her life happily. Therefore, let’s get to know everything about the eldest child of all, Francine, and her whereabouts.

The Oldest Child In The Sinatra Troop

Alike his father, Sinatra Sr; Frank Sinatra Jr. too was never deprived of women in his lifetime. Hence, he ended up welcoming four kids with three women named Mary and his secretary, Patricia.

Frank Sinatra Jr’s daughter, Francine Sinatra Anderson, is the oldest among Sinatra Jr.’s four children. Her parents, Frank Jr. and Mary Wallner, were in a long-term relationship during the 60s. Furthermore, after four years into the relationship, the former pair conceived their only daughter, Francine, towards the end of 1972.

However, in the strangest Sinatra Jr’s fashion, he decided to vanish from his oldest daughter’s life entirely.  Furthermore, he refused to acknowledge Francine as his daughter and paid a few bucks to support her financially.

However, Francine’s mother was not having it and decided to write to Frank Sr. followed by some paternity suit drama and a bizarre friendship with Mary Fleming.

Aforementioned, Frank Sinatra Jr.’s daughter, Francine Sinatra, grew up with a bare minimum presence of her biological father. Moreover, Frank paid the child support, but Mary Wallner was not happy about Frank Jr not acknowledging their daughter.

Therefore, Mary Wallner wrote to Frank Sr. and told him that she just wanted him to know about Francine. According to Daily Mail, Mary’s former partner was furious. Wallner also stated that her letter was the first time Frank Sr. knew about his grandchild.

Moreover, thanks to Mary’s letter, the baby girl got involved in few family functions and maintained a minimal relationship with her father. Moreover, in 1980, Francine’s own mother and her half-brother, Francis Wayne’s mother, Mary Fleming, sought child support for their kids.

Furthermore, Mary Fleming and Mary Wallner also bizarrely became friends and lived together. However, Fleming blamed Francine’s mother for being a conniving woman and doing things behind her back. She further revealed that Wallner caused trouble for her and her kid.

Likewise, Francine’s half-sibling, Francis, revealed that he grew up with her and had no idea if his other siblings existed.

Although Frank Sinatra Jr.’s baby mamas and kids made several headlines after his death, his oldest daughter, Francine Sinatra Anderson, refused to be contacted by Daily Mail. Moreover, her Facebook is empty, and Instagram is private.

Therefore, we do not have much about Frank Sinatra Jr.’s daughter, Francine Sinatra Anderson. However, she might have started a family and welcomed babies with her partner.

Despite having little information about Francine’s whereabouts, we hope she’s doing well and living healthy. Let’s also expect to see all four Sinatra siblings together soon and learn about their experiences of being a part of the Sinatra family.

The name Francine has a French origin which means ‘free man.’