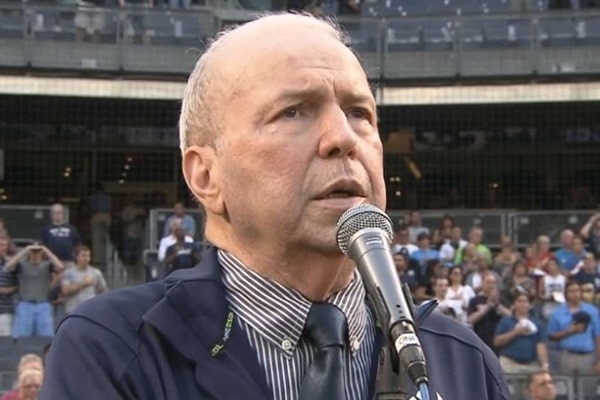 Although Frank Sinatra Jr was born in a wealthy household, he reportedly had a strained relationship with his father. He was so scared of losing everything; he kept his father away from not one but four grandchildren. Furthermore, Frank Jr. notoriously acknowledged only one from the Sinatra troop, his youngest son, Michael Sinatra.

Furthermore, Frank Sinatra Jr.’s daughter, Natalie Oglesby Skalla’s birth was all planned. According to Natalie’s mother, she and Frank Jr. were in a relationship for several years. She further revealed that Frank flew her around the country using the name ‘Mrs. Sinatra’ for ‘trysts.’

According to Daily Mail, court documents also state that Sinatra and Oglesby intentionally conceived their daughter, Natalie, in Room 147 of the Holiday Inn at Chicago’s O’Hare Airport in 1976.

Although Frank Jr.’s daughter, Natalie, was planned, he chose not to attend her birth. He also paid $1,500 in pregnancy-related medical bills. Instead, he flew both mother-daughter to Wichita, Kansas, ‘for viewing his daughter for the first time.’

‘The Weekend We Made Natalie’ A Paternity Suit

After Natalie’s birth, not sure what happened to Frank Jr. but he decided not to attend her birth. Furthermore, he also chose not to acknowledge her as a daughter but did provide financial support.

Oglesby included the Holiday Inn’s room receipt in the paternity suit, scribbling ‘The weekend we made Natalie’ on the side of it. A bill for the plane ticket was also attached with the document.

Sinatra Jr assured his former partner of financial support, but in the second Oglesby’s suit, she reports that he ‘failed to provide for the education, support, and maintenance adequately.’

Moving on, Natalie’s father agreed to pay her college fees in exchange for Mary dropping the lawsuit.

Natalie Skalla Is A Riding Instructor

Aforementioned, Natalie Skalla, aka Natalie Sinatra, had a comfortable childhood in her father’s absence. And, she grew up to become a responsible and righteous woman, thanks to her mother.

Unfortunately, we do not have many details about Natalie’s whereabouts and her career choices. Still, according to a post made by Equine Empowerment, it mentioned that Frank Jr.’s child is a therapeutic riding instructor. The post made in 2019 praised her work ethic as a riding instructor and congratulated her on completing PATH Intl. Instructor certification.

Furthermore, the post also includes her background in rodeo and riding. Moreover, Daily Mail also mentioned Natalie as a talented amateur actress. She also revealed that she learned not to expect much when it came to her dad.

Unfortunately, Natalie was also excluded from her father’s will despite paying for her college and after never acknowledging her. Therefore, Natalie Oglesby Skalla, aka Natalie Sinatra’s net worth, must confirm her hard works entirely.

Moreover, one of Frank Jr.’s former partner’s friends revealed that Mary cared about getting money from Frank so that their daughter could go to a good college. Mary’s friend further added that Natalie was a good student and made her mother proud. She continued to say if Frank Jr. had known her, he’d have been very proud too.

Unfortunately, Natalie Oglesby is very private about her whereabouts. Her Instagram is also private. But according to Natalie’s mother, Mary’s obituary, she is married to Brian Skalla and has a beautiful life away from the media’s approach.

Frank Sinatra Jr’s daughter, Natalie Oglesby Skalla, has always been a strong woman who has been working as a therapeutic riding instructor for years. However, she witnessed her mother, Mary Oglesby, battle with cancer for a long time.

Unfortunately, Mary’s battle with cancer came to an end with cancer’s victory on February 23, 2011, at age 63. She passed away amidst her loved ones in Tusla. According to Mary’s obituary, she was born to Gerald Joseph and Mary Kathryn Oglesby on December 26, 1947.

Natalie Oglesby Skalla’s mother, Mary, worked as the Resident Manager of the Marella Apartments for nearly two decades and retired in 2010. As of now, she is survived by her daughter, grandchildren, in-laws, and siblings.

In conclusion, Natalie Skalla, aka Natalie Sinatra, is living her life completely away from the media’s approach. She further prefers to keep her life confidential despite being a daughter and granddaughter of the Sinatra household. Well, the pain to not have a father figure present in one’s family is the kind of hurt every Frank Jr’s child knows, but Natalie seemed to have accepted not to expect more from her father at an early age.

Hence, we hope Natalie is living a comfortable and healthy life, enjoying a robust career and a beautiful family.

The name Natalie means the birth of the Lord and has a Latin origin.