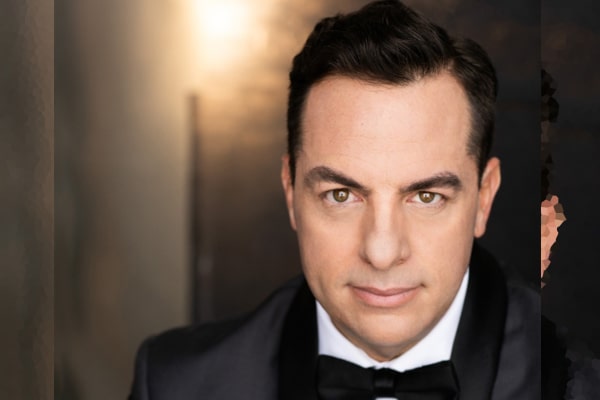 Frank Wayne Sinatra, famously known as Frank Sinatra Jr., was born to legendary singer and actor Frank Sinatra and his first wife, Nancy Barbato Sinatra. He went on to become a singer, songwriter, and conductor himself in his lifetime.

Furthermore, unlike Frank Sr., Frank Jr. only exchanged vows once with Cynthia Sinatra in the late 90s. However, the nuptial lasted for only two years, and they parted ways in 2001. Frank Jr. fathered four kids with four different partners and acknowledged only the youngest, Michael Francis Sinatra.

Any man can help birth a child, but it takes a special heart or feeling to become a father. Maybe Frank Sinatra’s son, Frank Sinatra Jr., might not have been the one.

Well, Frank Sinatra Jr. welcomed his youngest child, Michael Francis Sinatra, with his secretary, Patricia Ward Fisher. The pair remained in a long-term relationship but never made it to the aisle.

Furthermore, Michael Francis Sinatra is the only child among four who’s been acknowledged by his father. They even spent a lot of time together, and Frank Jr. revealed that he’d want his son to have everything he did not.

Moreover, there aren’t many details about Michael Sinatra’s childhood, but he surely was very close to his father and even shared his passion for Jazz music. Regrettably, Michael seems to stay away from social media for most parts, but he is active on Twitter. Similarly, Michael does not shy away from sharing his political views via Twitter.

Born on March 1, 1987, to Frank Jr. and Patricia, Michael lives the best life as a musician himself. However, he rose to fame after his father, Sinatra’s death in 2016.

Aforementioned, Frank Sinatra Jr. only acknowledged his youngest child, Michael Francis Sinatra. While talking to Daily Mail, one of Sinatra Jr.’s baby mama, Mary Fleming, expressed that he believed Frank and his secretary, Patricia’s child, because she knew everything about him. She also revealed that she thinks Frank Sr. told him to make him right by Patricia.

Furthermore, being the only child acknowledged by Frank Jr., Michael was expected to inherit his father’s $50 million estates. Therefore, Michael Francis Sinatra’s net worth must be massive, which is also aided by his musical career.

According to Daily Mail, Frank Sinatra Jr’s boy said he was very aware of his flaws and was not the best father. However, Michael insisted that his dad was a wonderful person and was an inspiration to many.

Furthermore, while talking to The Guardian in 2012, Michael Sinatra’s father said that ‘he had one son and his name is Michael.’  Although Frank Jr. was very good to his only acknowledged son, he seems to have abandoned other children.

Michael Sinatra Is Not Aware Of His Half Siblings

Aforementioned, Michael Sinatra is the youngest in the Sinatra troop born to Sinatra Jr. and his secretary, Patricia. However, he also has three half-siblings born from his late father, Frank Jr.’s love interests.

As mentioned earlier, Sinatra Jr talked to The Guardian and insisted that he had only one son. Upon further pressure, he said that certain people make all sorts of claims.

According to Daily Mail, the oldest children, Francis and Francine, were close. Furthermore, Francine and Frank Jr. were somewhat close, which allowed Francine to join family events occasionally.

Well, it seemed unfair for the three kids, but Michael Francis Sinatra enjoyed a beautiful childhood where he at least had a father figure. Maybe that influenced Michael to enter into the musical world.

As stated earlier, Frank Sinatra Jr’s son, Michael, also followed his father’s footsteps into the entertainment world. According to Sinatra’s website, he is an American jazz singer-musician who has a baritone voice that channels the affection of many iconic singers from the golden age.

Similarly, Michael is also eager to keep the timeless songs alive for the coming generation. Besides entering the show business, Michael previously worked as a college professor in Japan and returned to the US to do a post-graduate history degree.

According to Michael Sinatra’s IMDb, he also appeared in a couple of movies like The Over/Under, Walking Away, and Across dot Ave. Moreover, Michael Sinatra also claims that he became New Blue Eyes after LASIK. BTW, Michael’s grandfather, Frank Sinatra’s nickname, is Young Blue Eyes.

Michael and his father, Frank Jr., were close and reportedly spent quality time together before he died of cardiac arrest in March 2016.

Losing a father is a little harsh on any child to fathom but is inevitable in any manner. Thus, when Michael Francis Sinatra lost his father on March 1, 2016, abruptly, he must have been devastated.

Furthermore, TMZ reported that Michael Sinatra’s father, Frank Jr., died in a Daytona Beach hospital of a cardiac arrest. TMZ also noted that Frank Jr. was in the town to do a concert at the Peabody Auditorium but canceled it last minute when he felt lightheaded.

Frank Sinatra Jr. suffered a heart attack while he was in the hospital.

After losing Frank Jr. to a heart attack, Michael came into the spotlight and revealed that he had spent four days with his father in Palm Desert a month before his demise. He also said that his mother, Patricia, couldn’t handle the news, but she assured him that she’d accept the news eventually.

Well, Frank Sinatra Jr.’s son, Michael Francis Sinatra, is also an excellent musician who has been making a name in the musical industry. Therefore, let’s hope to see and hear more of him in the coming days.

The name Michael has a Hebrew origin which means ‘Who Is Like God?’ Similarly, Francis means free man and has a Latin origin.