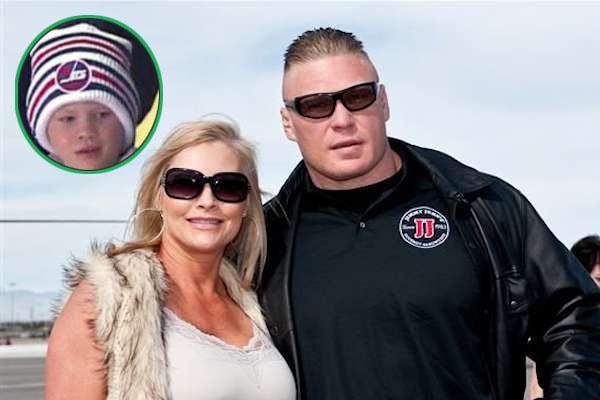 Brock Lesnar‘s son Turk Lesnar was born on June 3, 2009, in the United States. Turk is the eldest son of his parents, Brock Lesnar, and Rena Marlette Greek aka Sable.

Turk has got one younger brother, Duke Lesnar and also two half-siblings, brother, Luke Lesnar and sister, Mya Lynn Lesnar from his father’s ex-wife Nicole McClain. He also has an older half-sibling, Mariah, through his mother Sable.

Turk Lesnar is a school going kid who currently is focused on his studies. He is just 10 and is too young to have a social media account of his own. But we can see that he loves to spend a lot of time with his family. Luke is mostly seen with his younger brother, Duke.

Turk with his younger brother Duke loves to enjoy and travel together. The brotherly duo is often seen together watching hockey games.

It looks like Turk has got an eye for hockey.  We bet that he must play a lot of hockey games with his family. He is also at times spotted alongside his family, watching a game.

Since most of his family members are into sports, it won’t come as a surprise if Turk also decides to try his career in the same field, in the coming days. And as being the son of a famous wrestler like Brock Turk could also give it a shot in wrestling.

And since not a lot has been revealed about Turk, we can guess that Brock is trying to keep his children away from the limelight as much as possible.

The name Turk has a Turkish name which means ‘strength.’