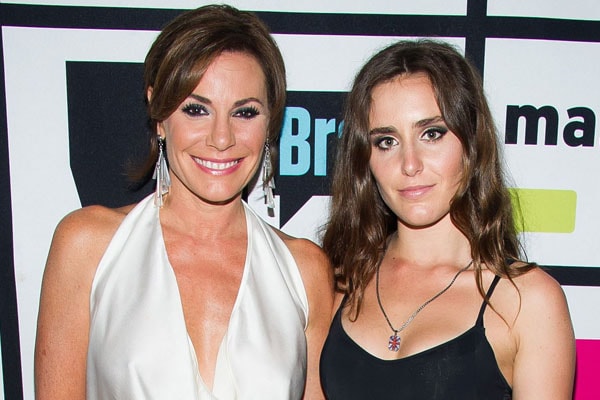 The gorgeous daughter of LuAnn de Lesseps, Victoria de Lesseps was born on the 21st of November, 1994. She has been cute from the very beginning. Victoria’s mother LuAnn is a renowned American TV personality, plus an author, model, and singer. As for Victoria’s father Alexandre, he is an aristocrat and a French Entrepreneur.

And as for LuAnn de Lesseps’ daughter Victoria de Lesseps, she is a model and also a designer.

Besides inheriting good looks from her mother, there are a lot of similarities between LuAnn and her daughter Victoria. We all know how much “The Real Housewives of New York City” star LuAnn is an ace at dressing plus Victoria de Lesseps is taking styling notes from her mother.

When LuAnn posted a photo of hers in a lingerie-inspired halter dress, the same dress was seen being worn by her daughter Victoria later on. So we can see how much her fashionable mother inspires Victoria.

Along with that on the 21st birthday of LuAnn de Lesseps’ daughter Victoria, her mother threw her a grand birthday party at McKittrick Hotel’s the Heath. The “Breaking Bad” star Aaron Paul and his wife Lauren Parsekian were some of the few guests on the list.

One thing is sure though, the 23-year-old daughter of LuAnn de Lesseps surely knows how to rock a bikini. Going through Victoria’s Instagram, you will find plenty of Victoria’s bikini-clad photos along with her fabulous sketches. Like Victoria, Eddie Murphy’s daughter Shayne Murphy and Sister Bria Murphy too look great as bikini-clad girls.

On the 7th of April, 2017, LuAnn de Lesseps’ daughter Victoria was pulled over. She was caught traveling without headlights, plus blew an alleged .15 at a police station. Though she was released the following morning without bail and later on had due in court.

For the time being Victoria is enjoying her life and hope that her troubled days are left far behind.

On July 2018 the RHONY star LuAnn was sued by her family, including her ex-husband Alexandre and two children. Despite having a lovely mother-daughter relationship what could have led to such catastrophe?

Well, LuAnn breached the divorce settlement and was planning on selling their Hamptons home. It must have been difficult for Victoria to as she loves her mother a lot. Victoria also blamed her mother that she was trying to steal the house. We hope that things will work out well for the Lesseps family.

The word ‘Victory’ is a Latin word for ‘conquer’ or ‘victory.’ As for in Roman Mythology the goddess of victory was named Victoria. Maybe LuAnn de Lesseps wants her daughter to become victorious as her name and named her Victoria de Lesseps.