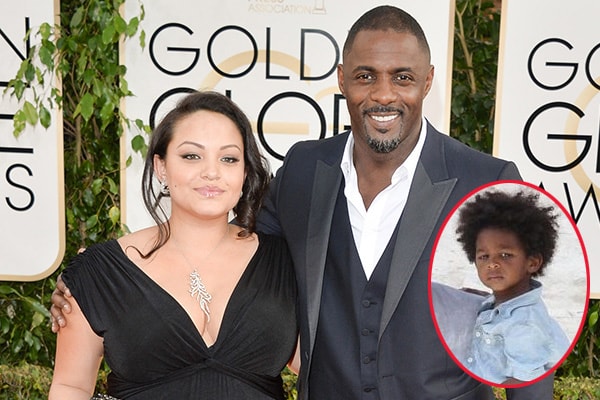 The English actor, Idris Elba’s son Winston Elba was born on April 17, 2014, whom he had with his ex-girlfriend, Naiyana Garth. Winston is the first child of the former couple together. Though he has a half sibling, a sister named Isan Elba from Idris’ prior relationship.

Actor Idris Elba and his ex-girlfriend Naiyana split after three years of dating. There was a rumor that Idris was having a relationship with Sabrina Dhowre while they were still together. Perhaps coincidentally, it is the reason why they broke up.

Winston is still a young kid and he is in the state where he needs extreme care and love from his family. However, he doesn’t get much time to spend with his dad due to his father’s busy schedule. Despite the fact, Winston tries to make his every day meaningful whenever he gets the chance to steal time from his father. He was once spotted with his father, Idris in Paris. They seemed to have spent quality time there. The proud father has tried to seta balance between his career and private life.

Besides, they have been spotted together out with Idris’s fiancee Sabrina Dhowre as well. As Winston can’t meet his father often at home, he goes to meet him on the film set. He had been there on the set of The Dark Tower Movie. There is less trace of Winston with his mother Naiyana Garth. It seems like she doesn’t spend much time with him.

The father-son duos wished Happy Holiday Season to everybody through Idris Instagram.

Idris gives the rare sight of him with his son. Despite being the son of a famous actor, Winston doesn’t appear much on media spotlight. It looks like Idris intends to keep him away from public attention.

However, Winston Elba’s half-sibling sister, Isan Elba has already set her popular image in Hollywood. She is appointed as an ambassador of 2019 Golden Globe and is currently following her step to photography and writing.

The name Winston is an Old English personal name taken from Sir Winston Churchill who was the British Prime Minister during World War II.