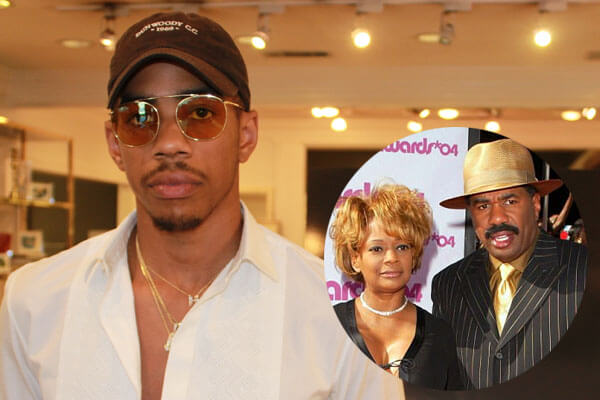 Steve Harvey‘s son, Wynton Harvey, was born to his ex-wife, Mary Lee Harvey. Wynton was born on July 18, 1997. Steve has altogether 7 children of his own, including three step-children. Wynton often mentions that his father is his idol and inspiration.

Wynton’s parents Steve Harvey and Mary Lee married in 1989. The couple’s 16 years of marriage resulted in Wynton’s birth in 1997. But unfortunately, the now former couple divorced in 2005 after disputes arose in the duo’s married life. Wynton is very close to his half-brother Broderick Harvey Jr.

Not many know that Wynton Harvey is a successful and proud son of his parents. According to pictures posted on his official Instagram, Young Wynton seems to be a skilled and professional photographer. Wynton recently went to a vacation in Saudi Arabia, where he tried on traditional Arabic dresses worn by Saudi princes.

Likewise, he reportedly won a Photographer of The Week for his brilliantly taken photographs. Also, Wynton loves to pose as a model himself. He is clearly stylish when it comes to wearing fashionable dresses. Wynton chose a career path different than his father. However, he repeatedly makes guest appearances on his father’s shows.

The father-son duo has a lot of fun on-screen as much they love and care for each other in off-screen. We hope Wynton’s parents keep blessing his son for his successful career in the upcoming future.

Wynton Harvey is a romantic guy like his father Steve.  He is currently madly in love with his gorgeous girlfriend, Taylor Gordon. Wynton recently took to his Instagram account to wish his girlfriend a Happy Valentine’s Day.

Taylor loves her boyfriend and poses for his photography projects every once in a while. Taylor wears a ring, although we don’t believe it’s her engagement ring. Hopefully, Wynton will marry his longtime lover Taylor soon in the future.