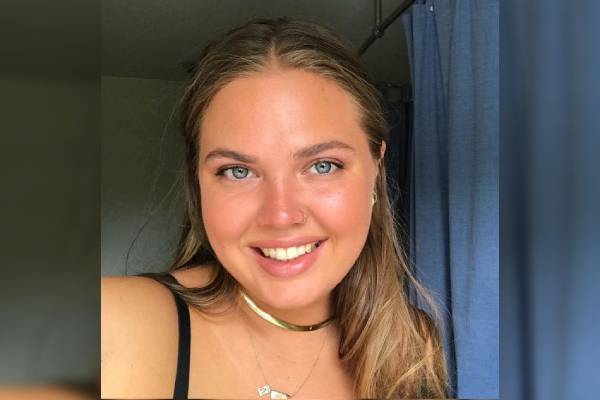 The fashion and modeling industry has always been one of the fastest-growing industries all over the world. In addition, people involved in the sector have garnered immense fame and fortune in their careers. One such individual is an English supermodel and actress, Yasmin Le Bon.

Along with an extremely successful professional life, Yasmin also runs a beautiful family, including her husband, three daughters, and two grandchildren. Many people want to learn about the supermodel’s personal life and family members. So, let’s find out in detail about Yasmin Le Bon’s daughter, Tallulah Le Bon.

Is The Youngest Daughter Of Her Parents

Tallulah Le Bon is the child of the famous model Yasmin Le Bon and her husband, Simon Le Bon. Her parents met each other in 1984 and dated for about a year before getting married in December 1985. Tallulah was born on 10 September 1994 in London as the youngest.

Tallulah’s eldest sister follows in their mother’s footsteps and is active as a model. On the other hand, her second sibling, Saffron, became a singer and musician after receiving her BA in music performance from the University of West London. She now lives with her partner and is a mother of two.

Yasmin and Simon Le Bon have always been open about supporting their daughter’s careers. In addition, the Le Bon family seems to have a close bond with each other.

Simon Le Bon’s daughter, Tallulah, works as a booker at her agency, Models 1. The youngest Le Bon has not revealed any information regarding her high school education. But, from what we know, she graduated from The Royal Drawing School in 2021.

Models 1 is one of the most established agencies in London that scout new faces around the UK. Working in such a prestigious organization, Tallulah Le Bon’s salary must be a notable amount.

Likewise, in an interview with Daily Mail, Yasmin revealed that she is very proud of all of her daughters. Thus, Tallulah must be doing well in her work.

Is A Doting Aunt

As already mentioned, Tallulah’s sister, Saffron, is in a loving relationship with her baby daddy, Benjamin Compston. In addition, she is a doting mother of two. As a result, Simon Le Bon’s daughter is an aunt to her nephew, Taro Arturo Compston, and niece, Skye Nouri Compston.

Yasmin Le Bon’s daughter seems to love her elder sister’s children so much. Tallulah enjoys spending time with her cute nephew and niece. Not only that, she often shares pictures with her lovely nephew, Taro, on her Instagram account.

While her elder sister, Saffron, is now in a stable relationship and has already welcomed two adorable kids, the youngest Le Bon has remained quiet about her love life. Her social media content only features her works rather than her partner. Additionally, we hope to be introduced to Tallulah Le Bon’s boyfriend soon in the future.

Overall, Yasmin Le Bon’s daughter seems to be living a happy and comfortable life. She is a lovely person who seems to prioritize her family and spends a lot of quality time with her loved ones. However, it would be great if she opened up about her romantic affairs. We wish Tallulah Le Bon a prosperous and peaceful life ahead.

Tallulah is a name of English origin that means Princess of Abundance.