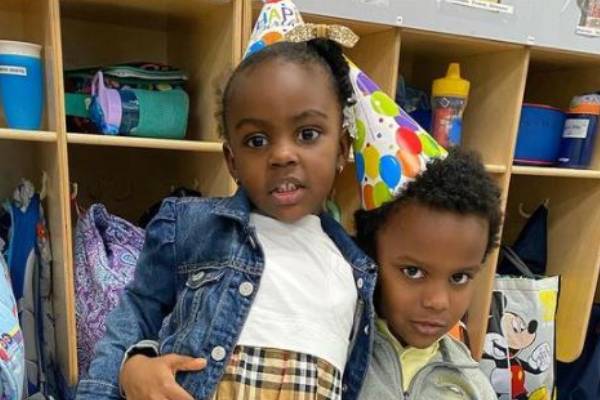 Young Dolph, born Adolph Robert Thornton Jr., was a rapper from Memphis, Tennessee, USA. The rapper, who released his debut studio album, King Of Memphis, in 2016, had gained success in his musical career way ahead of releasing the album. He was considered to be one of the promising rappers of his time.

Sadly, we lost the talented rapper on November 17, 2021, after he was fatally shot. Well, he is now survived by his partner and kids. In this article, let’s find out about Young Dolph’s children and how they are growing up.

As mentioned earlier, Young Dolph is survived by his two babies and his partner, Mia Jaye. According to one of Mia’s Instagram posts, the couple began dating in 2014. However, it has not been revealed how the duo met. Nevertheless, Mia and the late rapper seemed immensely in love with each other. Dolph’s girlfriend often posted several pictures of them together on her Instagram.

The couple was together for six years until the untimely death of the rapper. In six years of togetherness, the adorable pair of Mia and Young Dolph became the parents of two beautiful babies, a boy, and a girl.

Young Dolph’s children, Tre and Aria, seem to have a great bond with each other and are growing up together having a wonderful time.

In May 2020, Young Dolph’s son, Tre, finished up kindergarten. Tre’s mom, Mia, posted on her Instagram congratulating her baby boy for his achievement. However, further information about which school he goes to has not been revealed yet.

Nevertheless, Mia and Dolph were proud of their son’s achievements. Moreover, according to an Instagram post of Mia, Tre is obsessed with WWE. If he keeps on having the same obsession with WWE, who knows, he might become a WWE champion one day. Well, only time will tell.

Also Read:  See How Are Chris Cuomo’s Children Growing Up

While Young Dolph’s son, Tre, is obsessed with WWE, his daughter Aria seems to be into fashion. Mia has uploaded several pictures of Aria, where she is seen wearing fashionable clothes.

Besides fashion, she also seems to be interested in painting. And, in March 2021, Aria’s mom had uploaded a video of Aria’s painting.

In the caption, Mia mentioned that she exposed Aria to painting when she was just one year old. Since then, Young Dolph’s daughter has developed a love for the art form. So who knows, she might become a successful painter in the future.

Lost Their Dad At An Early Age

Life is never about sunshine which symbolizes happiness. Sometimes it’s also about hurricanes and rainfall, which symbolizes sadness and grief. Young Dolph and his family were having the best days of their lives and were living a great life together.

Sadly, their happiness was cut short. On November 17, 2021, Aria and Tre’s dad, Young Dolph, took his last breath. At the age of 36, he died after he was fatally shot. The incident took place outside a local business named Makeda’s Butter Cookies on Airways Blvd.

According to the business owner, Maurice Hill, the late rapper had entered his place of business to buy cookies. At that time, a vehicle approached, and someone fired the fatal shot. Memphis police officers responded to the scene of the shooting at 2370 Airways, where they located one male victim who had already died at the scene.

Later, the victim was identified as the rapper. The Memphis Police Department updated about the incident through their Twitter page.

Chief CJ Davis is on the scene of the shooting in the 2300 block of Airways. Please see the update below. pic.twitter.com/88vikuTOpP

Losing their loving dad at such a young age must have been challenging and hard for young Tre and Aria. However, Young Dolph’s children are now in the care of their mother, Mia, who must be providing them with immense love and care.

Young Dolph was a great rapper and a doting dad to his children, whom he prioritized over everything. And while we will never get to see Young Dolph and his kids together, let’s hope Aria and Tre will come forward to honor Young Dolph’s legacy in the coming days.

The name Tre has a French origin, and it means Three.

The name Aria has an Italian origin, and it means Solo Melody.