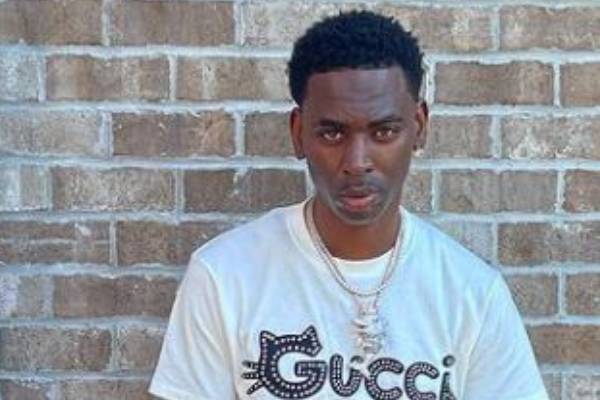 Memphis based rapper, Young Dolph was killed in a shooting at his hometown. Image Source: Young Dolph Instagram.

Memphis-based rapper Young Dolph, best known for featuring in O.T. Genasis‘ single Cut It, has died on November 17, 2021. He was only 36.

Born on July 27, 1985, as Adolph Robert Thornton Jr., Young Dolph was killed in a shooting outside a store in his hometown, Memphis. As per FOX13Memphis, the rapper had walked into the store to buy cookies when someone drove up and shot him.

Police officers responded to a shooting at the cookie shop around 12:30 pm, and the victim was pronounced dead at the scene. However, the victim was not identified till 5 pm. Memphis police pointed out toward Young Dolph being the person but said the identification process had not been completed.

On the scene of a shooting on Airways. I’m hearing Memphis rapper Young Dolph may be a victim in the shooting. Shooting happened at Makeda’s Cookies. pic.twitter.com/Dw1nTcKV3C

After reports about the incident came to light, fans flocked to the area, and people were lying on the ground crying. Those in the area expressed their grief and anger at the loss of the rapper. Officers had to keep people from entering the crime scene so that they could investigate.

Furthermore, hours after the incident, a curfew was established to prevent civil unrest and violence.

Young Dolph was a Memphis legend, having grown up in the area alongside his siblings, two brothers, and two sisters. Adolph was raised by his grandmother, as both of his parents were suffering from drug abuse.

The rapper is one of the few stars who found fame as an independent star in the Memphis rap scene. His debut album, King of Memphis, was released in 2016 and peaked at no. 49 on the Billboard 200 chart. Moreover, Dolph’s 7th album, Rich Slave, was his highest-charting project. He is also recognized for his feature on the hit single, Cut It, by O.T. Genasis.

Apart from his music, Young Dolph also came into the limelight after he declined a record deal with Yo Gotti‘s label, Collective Music Group. Since then, the duo was said to have beef with each other.

While it is unclear when and what started the supposed beef, many believe that Gotti and his affiliated artist took offense when Dolph released his first album, King of Memphis. Moreover, one of Gotti-affiliated rapper Blac Youngsta allegedly showed up at Young Dolph’s neighborhood with an armed group.

Yo Gotti, who was previously married to Lakeisha Mims, and Young Dolph continued to release diss tracks aimed at each other. The rappers even talked about the other in several interviews. While discussing the beef at the Breakfast Club, Dolph stated that it was mostly misunderstandings.

Young Dolph sadly lost his life in senseless gun violence in his hometown. But this is not the first time he has been targeted and shot. He was shot in LA on 26th September 2017. Thornton was in critical condition but recovered from three gunshot wounds after spending two weeks in the hospital.

Furthermore, in February of the same year, Young Dolph’s SUV was shot more than 100 times in Charlotte, NC. He walked away unharmed and even released a song about the incident named 100 Shots.

Sadly, Young Dolph did not survive the most recent shooting incident. He leaves behind his children, Tre Tre Thornton and Aria Ella Thornton, whom he welcomed with his baby mama, Mia Jaye.

We wish the Thornton family has the strength to overcome this horrible tragedy.