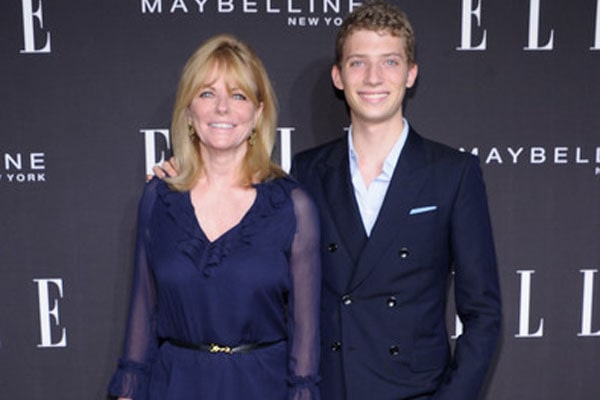 Cheryl Tiegs' son Zachary Peck together with her ex-husband Anthony Peck was born in the year 1991. Image Source: Zimbio.

Fashion designer and former American model, Cheryl Tiegs is a proud mother of three children; all sons. Cheryl Tiegs’ son together with her ex-husband Anthony Peck is named Zachary Peck.

Zachary Peck’s parents exchanged their wedding vows back in the year 1990. Unfortunately, their marriage couldn’t last long and the former couple got divorced in 1995. Zachary also has two half-brothers named Theo Stryker and Jaden Stryker, born on the 1st of July 2000.

Cheryl Tiegs’ son Zachary Peck was born on the 1st of October 1991 in Los Angeles, CA. Zachary is the eldest child of the gorgeous supermodel. As mentioned before, she had Zachary together with her third husband Anthony Peck whom she got divorced in 1995.

The 28-year-old Zachary had made his screen debut in the documentary A Conversation in 1999 alongside his grandfather, Gregory Peck. His grandfather is one of the finest and dedicated, all-time legendary actors of Hollywood.

Zachary Peck’s mother Cheryl is one of the most beautiful supermodels originally from California. The Times magazine put the blonde beauty on its cover including the caption The All-American Model back in the year 1978.

Cheryl Tiegs’ Son Is Familiar With The Media Limelight

Starting at a very young age, Zachary has become quite familiar with the limelight of the media. Not always but occasionally he has appeared alongside his parents and other family members at annual functions and red carpet events.

As till now, Anthony Peck’s son has not revealed his primary career and profession. Who knows analytical and quite shy Libra sign, Zachary might open up to the media on the days to come.

Zachary is a masculine name of Hebrew origin providing the meaning of “the Lord has remembered.”